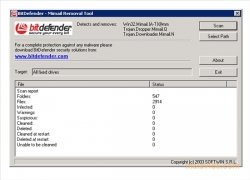 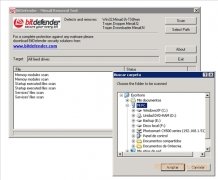 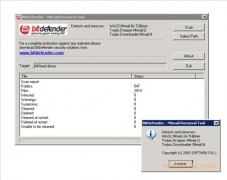 Mimail is a quick-spreading worm that appeared mid-2002, that was capable of distributing itself via electronic mail to all the contacts included in a computers address book in a matter of house, sending itself in an attached ZIP extension file. This virus mainly affected Windows 98, 98 and ME users.

This threat took advantage of the security vulnerabilities of the operating system to create a series of entries in the registry, that have to be eliminated if we don't want to leave any trail of this virus passing through our system.

BitDefender puts at our disposal a utility, called Mimail Removal Tool, thanks to which it is possible to quickly eliminate this problem from our computer and without having to delete all those files that had been infected from our system.

If this worm is causing you problems, and you are solving a quick and efficient solution to get rid of it, download and use Mimail Removal Tool.

Scott McLure
BitDefender LLC.
Over a year ago
More than a year ago
58 KB