The 10 most important Minecraft mobs

Let us tell you which are the most important characters or mobs in Minecraft, including a great variety of animals, creatures, and inhabitants of the game's universe 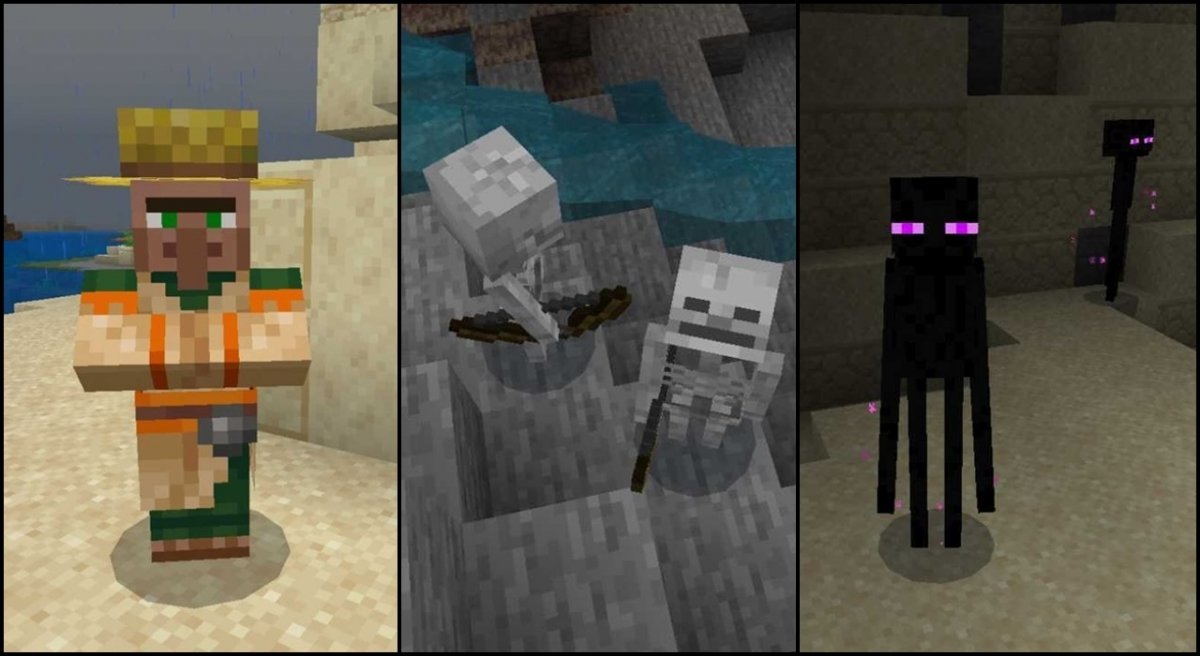 Minecraft does not have a detailed plot, but it is up to each player to create their own narratives by exploring the virtual cubic world, interacting with the characters that inhabit it, and even playing with their friends. Creatures or mobs that can be found in Minecraft are varied, some of them are peaceful and others are enemies, so here, we will tell you what the main ones are, what their function is, and how they appear in the game.

The most important mobs or characters in Minecraft

The term "mob" designates any animated creature that lives in the Minecraft universe. There are dozens of them, from animals such as horses to peaceful villagers and monsters such as the famous creeper, zombies, guardians and enderman. Here we highlight ten of them that you are likely to encounter during your adventure in the game.

Villagers who reside in various towns and villages in Minecraft are the NPCs you will interact with the most. They are peaceful humanoids, unless attacked, with whom it is possible to trade to barter with various objects. Of course, it will be necessary to have emeralds to trade with them, as they are somewhat exquisite when it comes to the currency they ask for. 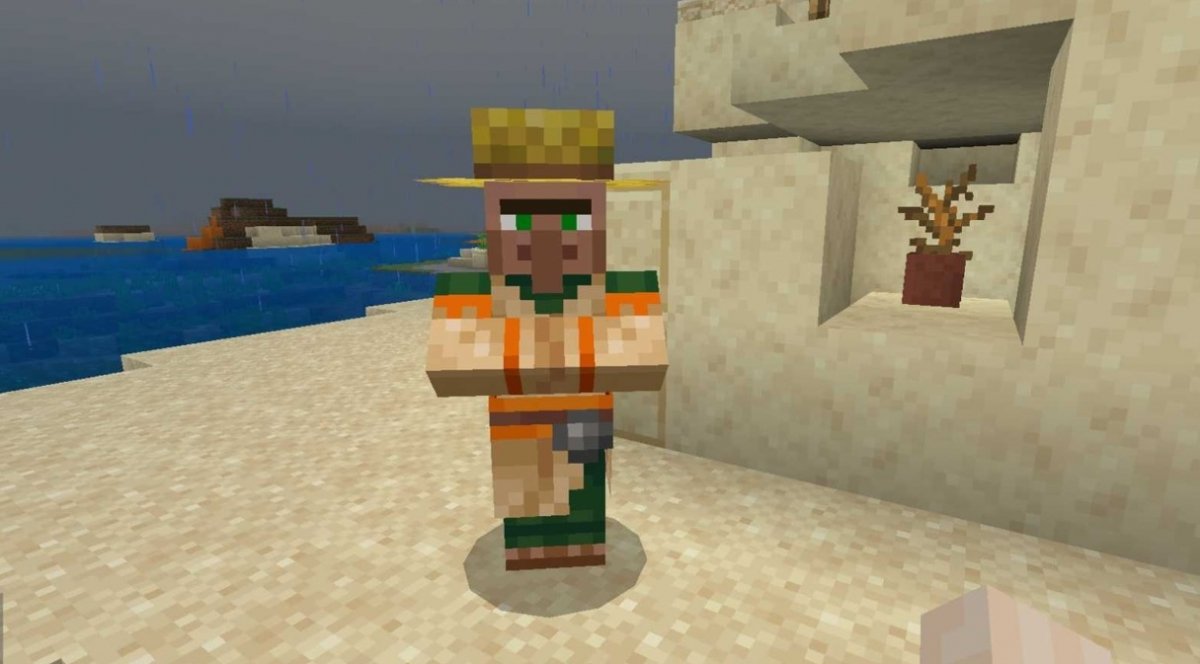 An enemy that appears at night and in caves, and in dark areas in general. If it gets too close to the players it starts to glow and after a few moments it explodes, creating a wave of destruction around it. It is especially dangerous if it gets close to your base, as it can destroy it easily. The ideal way to finish it is to hit it with a sword and walk away until you see that its body returns to normal and repeat the process until it dies and then you are safe. 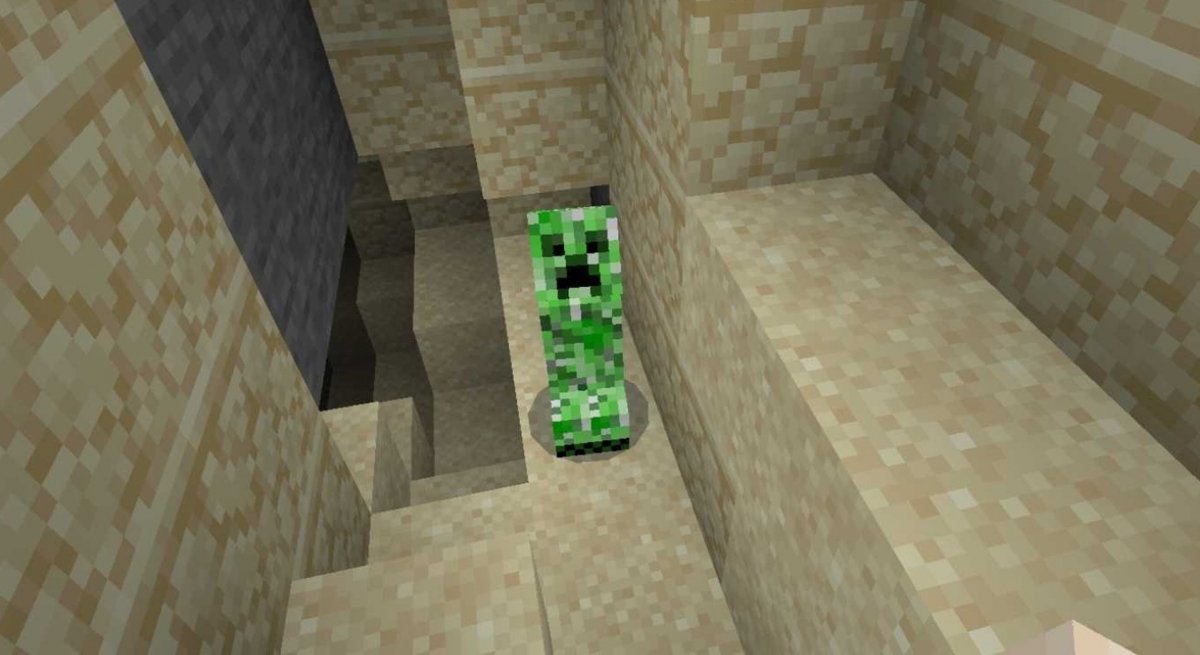 Creeper in a Minecraft world

The most important creature in the plot of the game, as it is the final enemy of the story, that must be defeated in order to see the credits. It is only generated naturally in its habitat, the End, so you will have to prepare yourself very well and follow the whole summoning process to use the right portal and reach this dangerous End Zone. 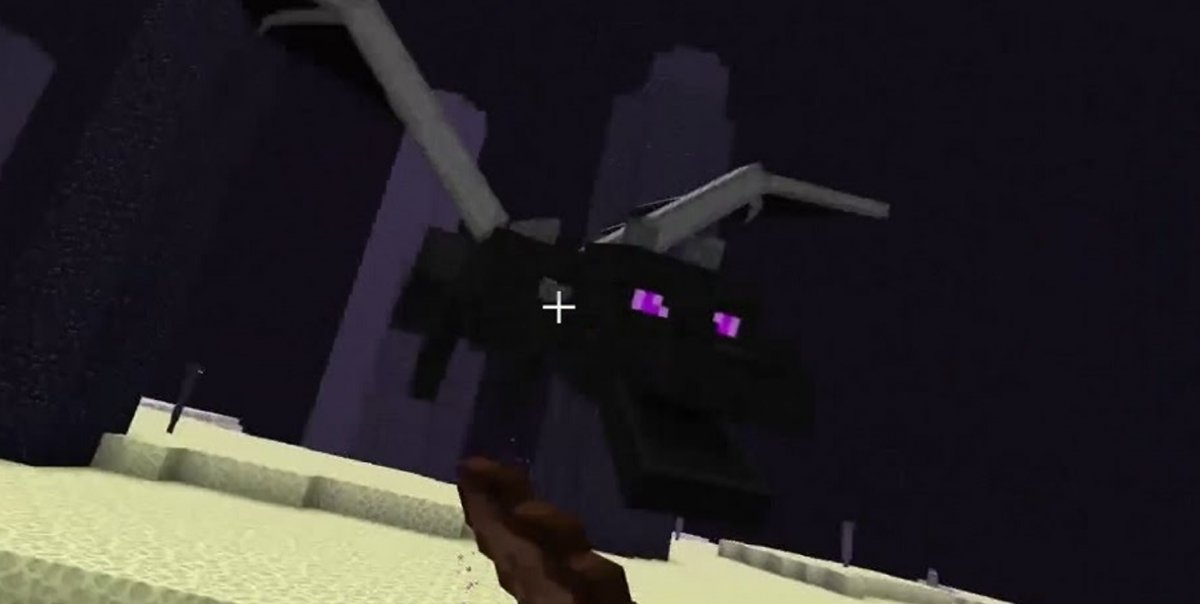 The Ender Dragon is another important character

A neutral creature that you should avoid looking directly into its eyes if you do not want it to start attacking you. It appears at night and in dark areas such as caves and usually carries a random block in its hands, that you can get if you kill it. They have the ability to teleport and are quite strong, so we do not recommend that you confront them unless you are highly trained. 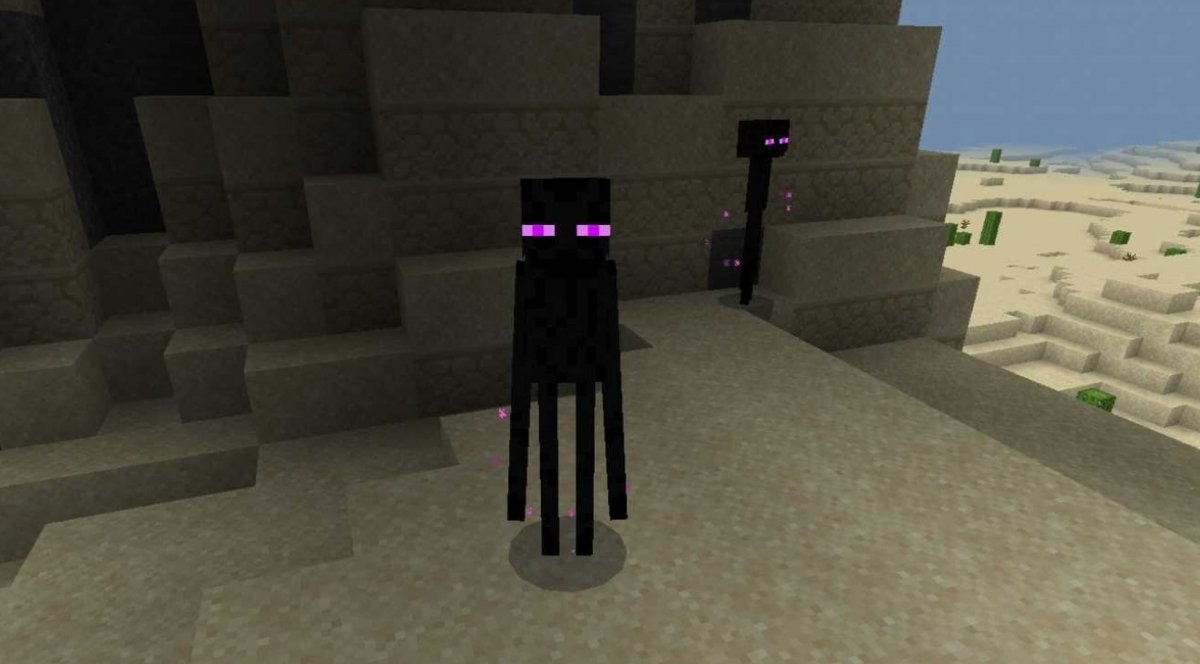 Enderman seen in Minecraft for Android

Armed with bows and arrows, skeletons in Minecraft are hostile creatures that appear at night or in dark areas. They have up to four different variations, wither, glacial, Halloween and normal, as well as a spider rider whose appearance is extremely rare. It is recommended to use your own medicine and shoot them from a distance with a bow, but if you do not have one yet you can always use your trusty sword. 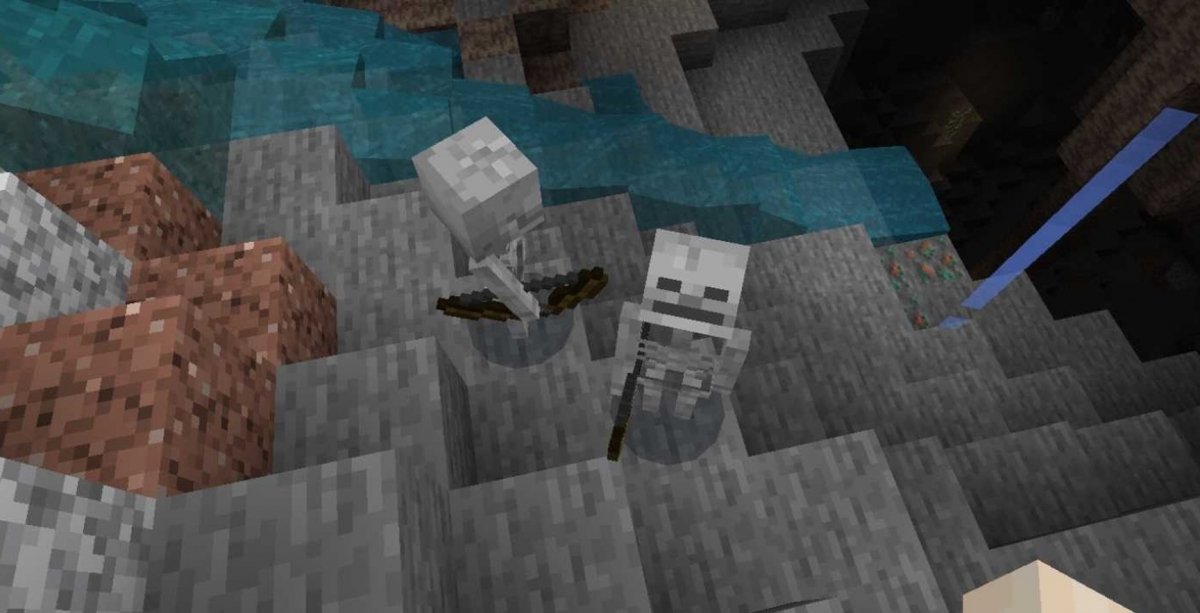 A hostile aquatic creature that is generated in oceanic monuments. Their main attack is to emit a charged laser underwater and they do not hesitate to start attacking any player or animal that gets in their way. So, if you want to get your hands on the treasures hidden in the ocean depths, you must go fully armed and prepared. 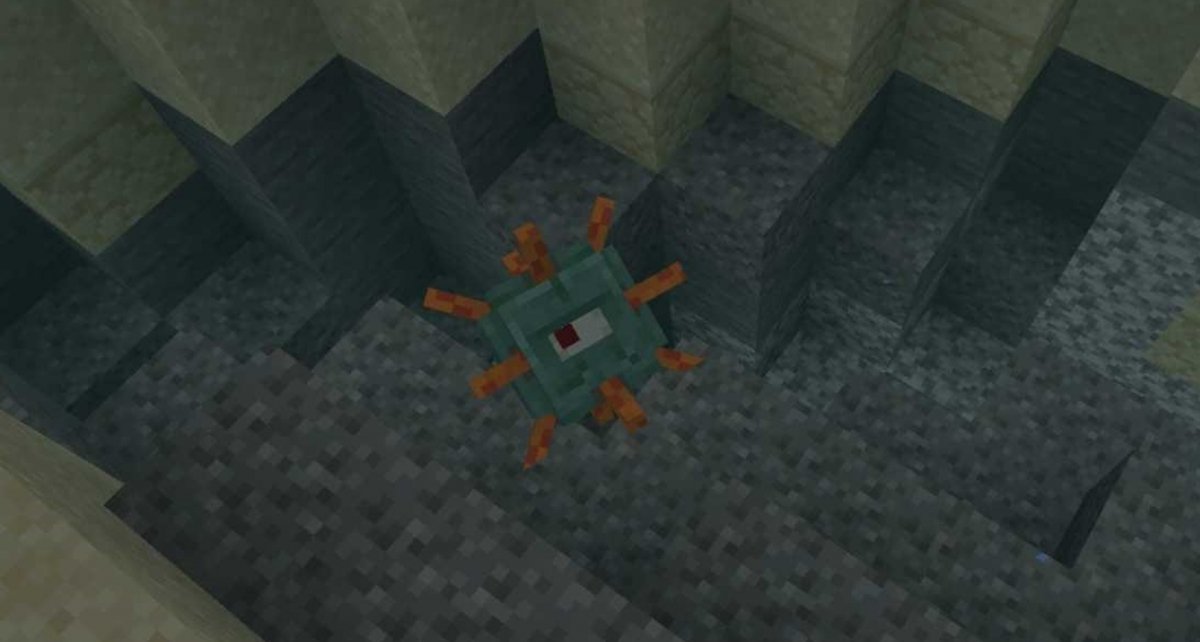 The Guardian mob in Minecraft

Formerly known as "The Monster of the Night Skies", this is a creature that will attack players who have not slept for more than 3 days in-game. They appear flying through the air and attack you until you find a bed nearby and sleep for the night. So, we recommend that you always have one of these useful beds on hand so you can rest wherever you go on your adventures. 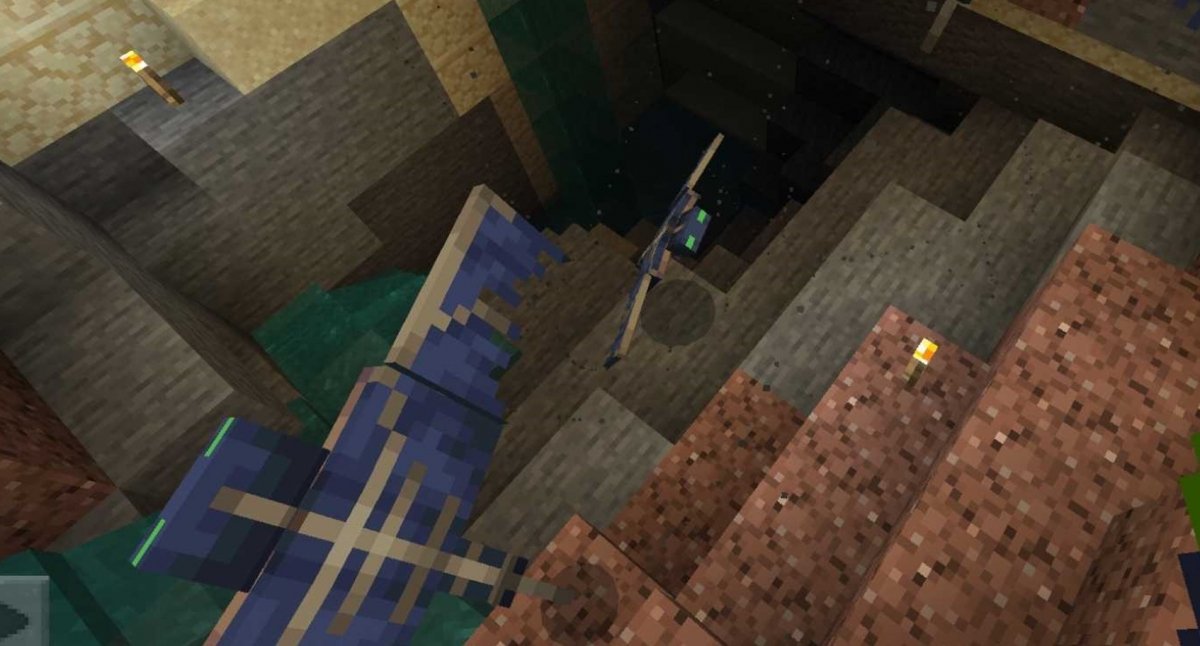 One of the main animals in the game, they are initially neutral but you can easily tame them if you offer them bones - you get them by killing skeletons - until hearts pop out of their heads. From then on it will follow you everywhere and attack enemies who dare to be hostile to you. You know what they say: "Man's best friend". 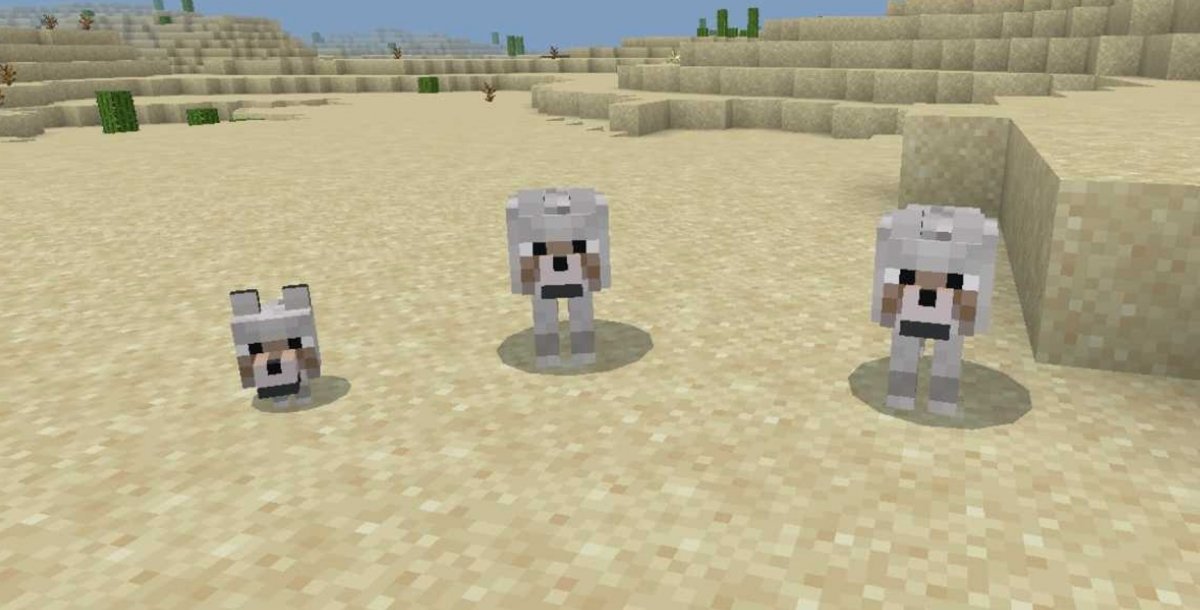 You can see wolves

A neutral creature usually found in villages inhabited by villagers, whose main function is to defend them from nocturnal dangers. If you do not attack it and do not generate chaos in the village in question, it will not attack you and will also defend you from any danger in the area. 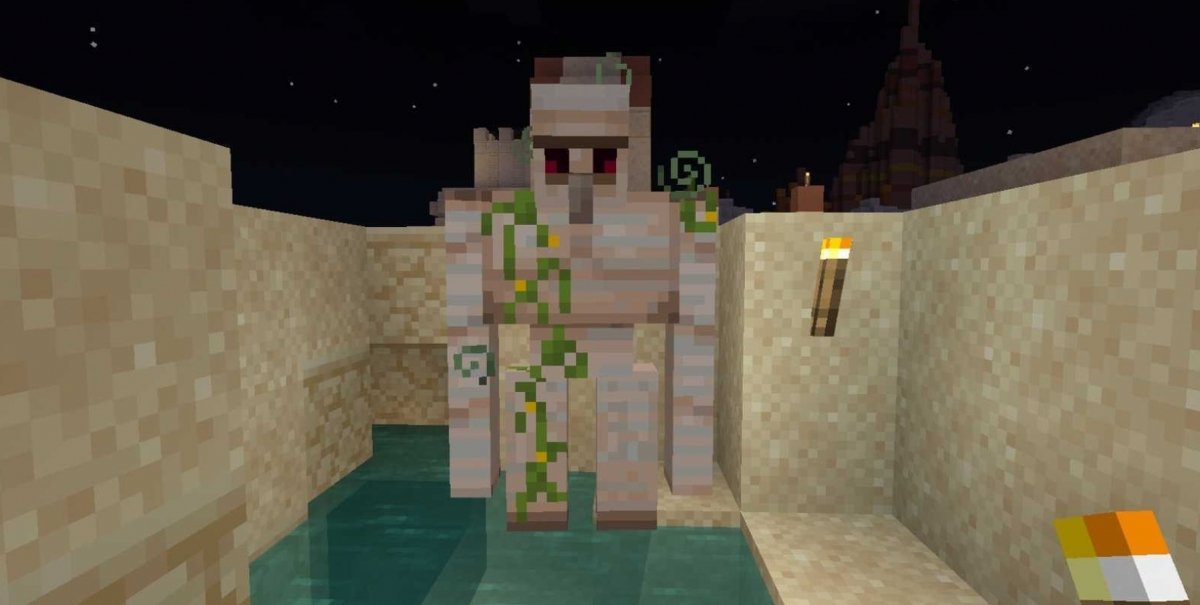 Hostile creatures that are common and well known in Minecraft, found every night or in dark areas such as caves. There are several types: babies, armed, pig-like in the Nether, all of them with the common feature of being enemies of any player and giving as a reward some experience and rotten meat when killing them. 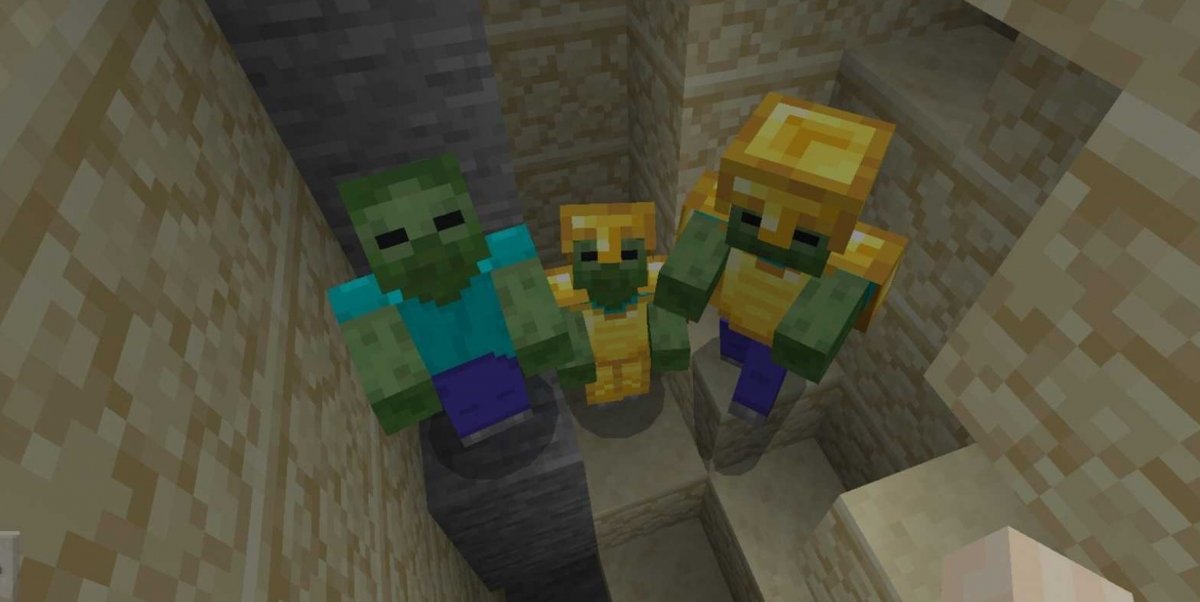 These are some of the many creatures you can find in Minecraft. It is best to explore the infinite and random world that is generated in each case in order to discover all the characters, animals and mobs in Mojang's game.