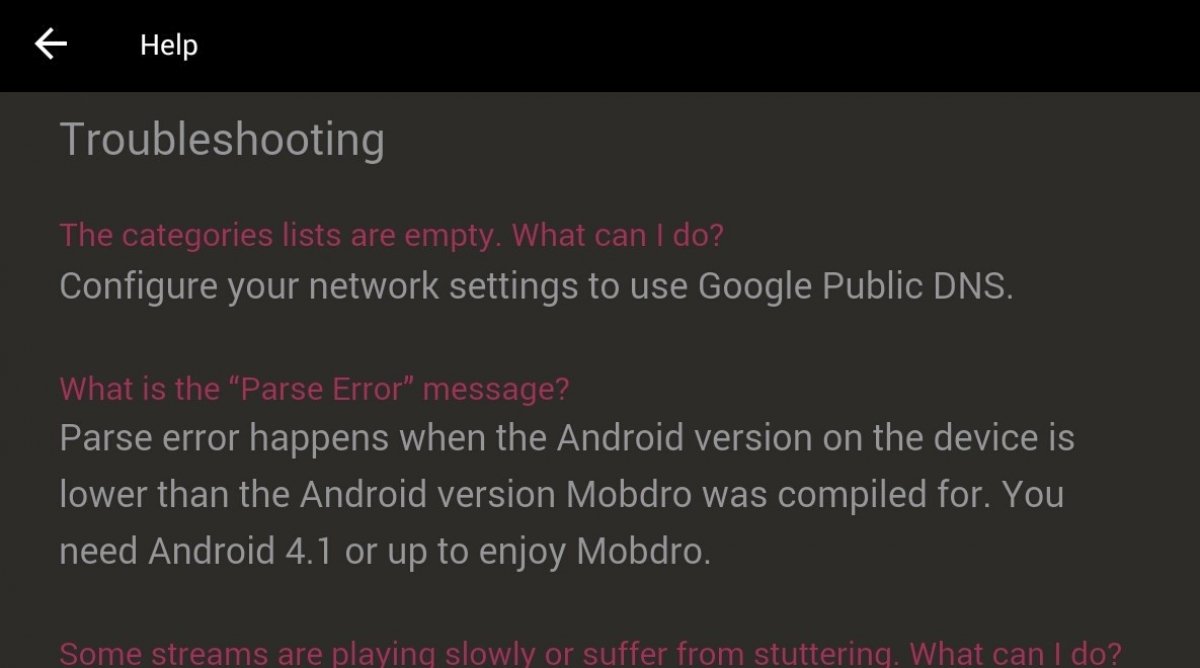 Although it’s not usual, you might come across a black screen when you try to use Mobdro. The problem can be fixed using several different methods depending on the reason behind this flaw:

As we mentioned, this isn’t a very usual error but it can happen. The service itself might be down so the best thing you can do is follow Mobdro in its social networks to find out if there has been an incident or notification by its developers to know exactly what is going on.