Morph Man is a full application that creates all kinds of morphing animations. Download Morph Man and convert one photo into another with smooth transitions 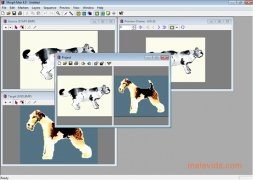 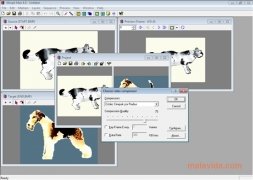 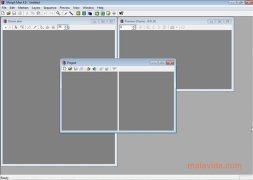 Morph Man allows you to use a very entertaining and surprising animation technique: morphing. This way to create animations allows you to pass from one image to another by transforming one into another with a very realistic effect, seeming as if a photograph evolves from one to the other. This can be very striking if, for example, we use a photo of a child that transforms into an adult.

The visual effect of these animations is very characteristic, and the application itself indicates that its animations are perfect so as to be used later for a video. Furthermore, its advanced morphing algorithm is capable of eliminating the effect that is known as onion skin that this kind of application produces, and that appears as color traces on the photographs.

The morphs created with Morph Man can be achieved by using two videos or two images, to do so, this software is formed by three different programs depending on whether we are working with videos, audio or images, even though at a practical level we will always be using the same interface.

The truth is that these animations between photos are spectacular and even more so if you can try out Morph Man for free for a short period of time.

Obtain amazing metamorphoses of any face

Create original compositions based on the faces of your choice