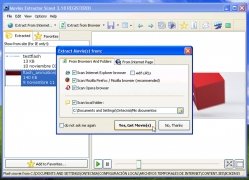 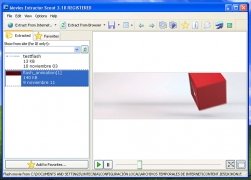 The flash format, known for its FLV and SWF extensions, in one of the most used formats to distribute games and multimedia contents over Internet.

Movies Extractor Scout is capable of downloading all kinds of flash files from the Internet Explorer, Firefox and Opera browsers, including both the videos from sites like YouTube and Google Video as well as thousands of entertaining flash that can be found on websites like Toplaying.

The program detects the cache of the web browsers, creating a list with the flash contents that we visit. But as well as its capacity to download these kinds of files, it allows to do very interesting things with them:

To sum up, a tool to download videos with added functions, and the possibility to fill our hard drive with flash games.