Launch several Linux distros from your USB with the help of MultiBootISOs. Take various operating systems with you once you download MultiBootISOs for free 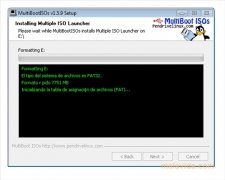 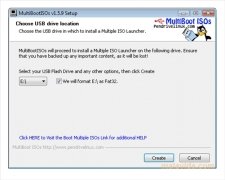 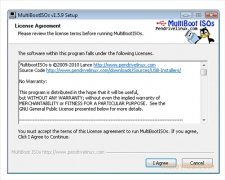 MultiBootISOs has been developed as the solution to be able to take several operating systems with us on the same USB pendrive, with the main objective of being able to launch the one that we need at any given moment. Up until now, it was only possible to install a single operating system on a flash memory, but thanks to how simple it is to use this software, this will no longer be as such.

Once we have carried out the previous process, we'll be able to copy the ISO images of the systems that we want to the root directory of the USB Flash Drive and reboot the PC. Once the computer starts we'll only have to make sure that it boots from the pendrive and select the operating system of our choice from the GRUB menu that will appear.

Install Windows 8 from a USB stick

Turn your memory stick into a bootable USB

Create a LiveUSB with any Linux distro

Install your favorite Linux distro on a USB stick