Present your photos in video format with muveeNow. Take your images and create animated and appealing presentations with effects by downloading muveeNow 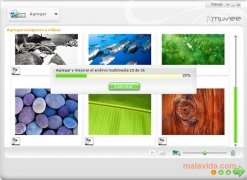 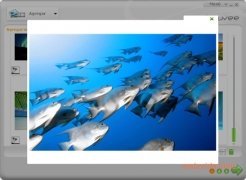 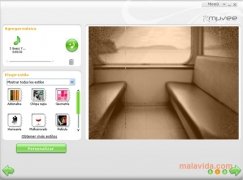 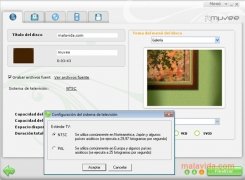 The company that is behind muveeNow is known for the quality of the software that it develops. Specialized in video editing software applications for the general public, the truth is that its new releases usually make tasks that the normal user doesn't know how to fulfill a lot easier. muveeNow is a good example because it easily allows you to generate photo presentations.

Video presentations of your photos

Just connect a photo camera and in three simple steps, muveeNow will transform as many photos as we want into a video that will show them one after the other. The photo formats that are supported are JPEG, PNG, GIF, BMP and TIF, and also videos in AVI, WMV, MPEG, DivX, MOC, 3GP and ASF, making the most of the majority of cameras that also record video nowadays.

Thanks to muveeNow, we will be able to have the photos perfectly organized in videos so as to be able to quickly show them. What's more, it is possible to add music in the most popular formats (MP3, WAV, WMA,...). On the other hand, the software offers the possibility to apply small finishing touches to the photographs to eliminate the red eye effect or to change the contrast and the brightness.