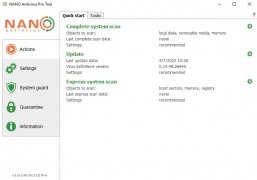 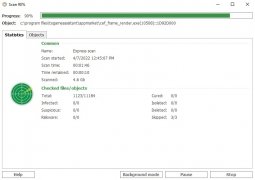 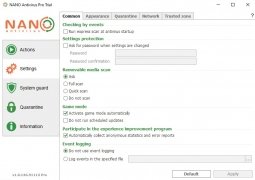 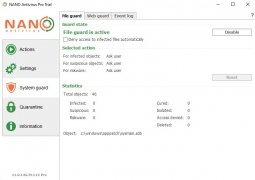 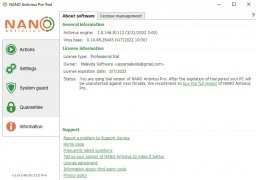 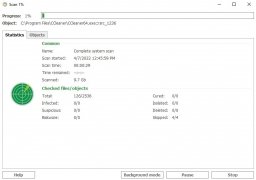 Due to the proliferation of malicious software (malware) and viruses it is of vital importance to protect our computers with an antivirus program that is powerful, but that at the same time doesn't undermine its performance, as in the case of NANO Antivirus.

A functional antivirus with all the features necessary

NANO Antivirus is an easy-to-use application, because by means of a subdivision system based on tabs, that can be found both on the side and top menus, it will be possible to access the different sections of the program, so as to quickly activate any tool that's needed.

As well as a conventional antivirus to analyze your computer, NANO Antivirus includes independent real-time protection shields both for the operating system and for the network connections, so that your computer is always protected.

Despite the fact that NANO Antivirus is still under development, the company that designs it carries out virus database updates on a daily basis, so that computers with the program installed will always be able to detect the latest threats.

Download NANO Antivirus for free to protect your computer against malware and viruses.

Efficient tool against viruses and other threats