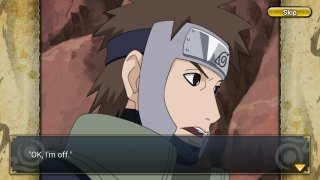 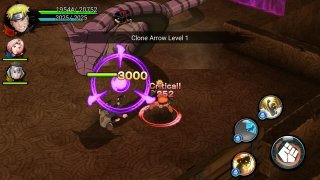 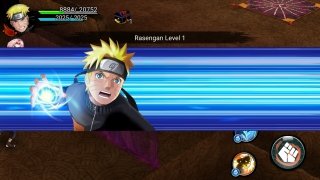 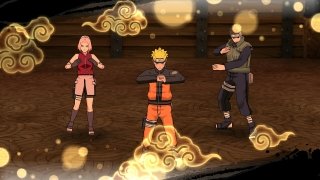 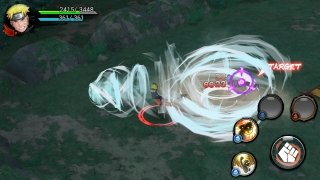 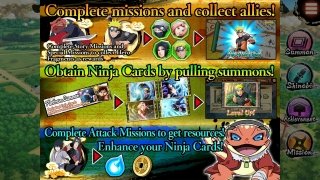 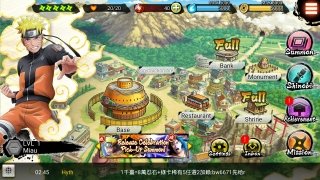 Some time ago, the Naruto frenzy was even huger than the rage for its successor, Dragon Ball. Nowadays, we know that that rage was rather exaggerated but it was so successful back then that its manga still has loads of fans that are continuously demanding more products. Naruto X Boruto Ninja Voltage is the latest adventure of Naruto Uzumaki, his friends, and family that you can play on your Android device in 3D and some really cool graphics.

The action you expected from Naruto and Boruto will beautiful graphics and powerful ninjutsu attacks.

Now you're the ninja

In this game, you'll take on the role of the village's leader. You'll have to become the errand boy: get hold of and manage resources, fulfill missions, take part in battles, obtain achievements, train your ninjas, attack other villages, protect and improve your own... Non-stop action in four different game modes to make things even more complicated:

Build a team with a maximum of players and defeat powerful enemies!

Submerge into exciting battles that could well belong to the manga or anime. For the missions, the touchscreen controls are really simple: use the left stick to move around, and attack with the right buttons. Use the ordinary attack, special attacks, and ninjutsu attack as you manage to recharge them. Each time you complete a mission successfully you'll receive different rewards that will help you to improve your fighters and provide them with tools. You can play with up to four of your ninjas in each battle. And you can even play online with another four Naruto fans.

Keen on what you've just read? Don't miss out on any of the updates of this Namco Bandai app on its official Facebook page. You can download the APK file and start playing totally free of charge. However, the game also includes in-app purchases to buy resources but that depends on you.