2009.2.15 Oxite is a CMS software alternative to WordPress and Blogger. Download Oxite free of charge, it allows you to use plug-ins and is backed by Microsoft
8/10 (6 Votes)
Download 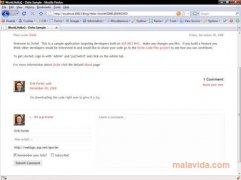 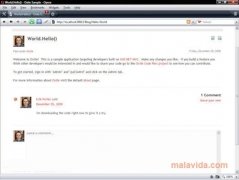 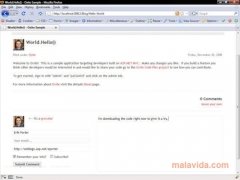 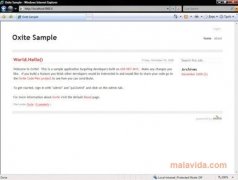 The Internet world is advancing quite a lot, each day more and more people dare to start their own blogs and manage all of their contents. WordPress has gained a lot of territory, and Blogger is one of the best-known services, but Oxite has arrived, a project supported by Microsoft that intends to be an alternative to other CMS.

The first thing that surprises us when we open Oxite is that its license is Open Source, which isn't very usual due to its relation with Microsoft. What's more, it doesn't run on the usual PHP and MySQL, instead, it needs ASP.NET and SQL Server, requirements that, on the other hand, the vast majority of web servers fulfill.

With regard to its CMS functions, Oxite allows pingbacks, trackbacks, comments (anonymous, identified and even by means of the Gravatar service), it also includes compatibility with RSS, it integrates in the MetaWenLog API,... all the latter, managed from a clear and sober management panel.

And of course, like any CMS that hopes to displace WordPress, it allows the use of plug-ins and gadgets, as well as the customization of the resulting websites by means of themes, all the latter developed with the idea in mind that the user doesn't have to be an expert.