P2P Music is an application with which you will be able to listen to the same music on all the computers that form a network. Download P2P Music for free 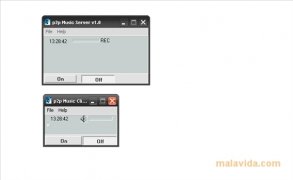 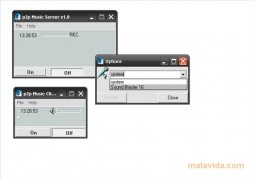 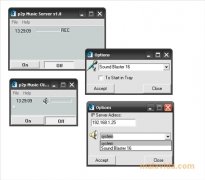 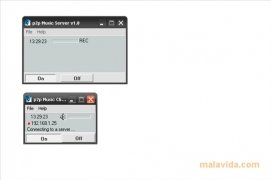 Do you remember the piped music systems that can be found in some houses, shops and offices? They basically consist in an audio infrastructure that sends the same music to different locations. That is the exact purpose for which P2P Music has been developed, but in this case using a local network instead of an audio infrastructure.

P2P Music is formed by two small applications: a client and a server. Both included in the same pack. The server application has to be launched on the PC that is going to play the music and the client will have to be launched on those computers on which the music wants to be heard. Once they have connected to the server's IP over the LAN, all the clients will listen to whatever is being broadcast by the server. Any sound that is active on the server (including Windows sounds or messenger notifications).

P2P Music Server is very easy to configure, all that has to be indicated is the sound source that is going to be broadcast through the 2398 UDP port.

P2P Music Client doesn't even need configuration, except the IP address of the server computer and the playback volume. To listen, the port used is UDP 2399.
Requirements and additional information:
This download requires a ZIP compatible compressor.