Transfer any Windows PE to a USB device with PeToUSB. Launch these versions of Windows without needing to install anything by downloading PeToUSB for free 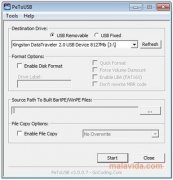 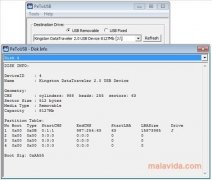 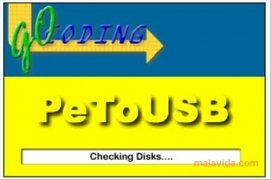 Linux distributions that could boot without having to install anything, and use any application without using up space on the hard drive, were the forerunners. It wasn't long before we could find applications that allowed us to create customized Windows CDs and also allowed them to start in LiveCD mode, which was called Windows PE even though they aren't really official Microsoft developments. Now, with PeToUSB it is possible to transfer a Windows PE from a CD to a USB.

The versions of Windows called PE, aren't supported by Microsoft. Nevertheless, they aren't difficult to find, and what's more, they are very useful to have our own Windows perfectly configured, with the possibility to boot it on any PC. And now, with PeToUSB we will be able to start Windows PE from a pendrive, which will be a lot quicker than any optical reader.

Thanks to PeToUSB we'll be able to work, load and store any program and file in a Windows PE distribution, in a way that is much quicker and more stable than any CD. It's important to remember that for any computer to boot from the USB port, it's necessary for this option to be supported and configured in the computer's BIOS.

Install Windows from a USB drive

Generate your own Windows installations by means of USB

Obtain a copy of your Windows XP in LiveCD format