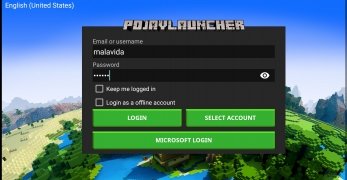 Minecraft just doesn't seem to get any older. Despite having been launched in 2009, it enjoys robust health in terms of users, which is boosted in good measure thanks to its being managed by Microsoft. There are currently launchers for different versions and those who use the Android version can download PojavLauncher if they want to recover previous versions of the game.

Run older versions of Minecraft on your Android

This Java-based launcher allows users to run older versions of Minecraft, for the moment from 1.12.2 onwards, which is why it is perfect for those users who don't have the very latest phone because it is capable of functioning on phones and tablets with Android 5.0.

However, it should be pointed out that it is an unofficial development maintained for altruistic reasons, so you might experience issues once it is running, such as the game being interrupted abruptly and the application stops. The developer says that these bugs will be fixed as new versions are released.