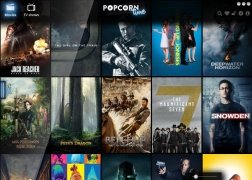 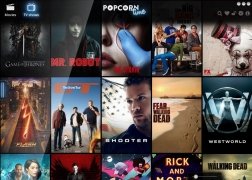 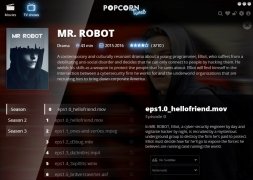 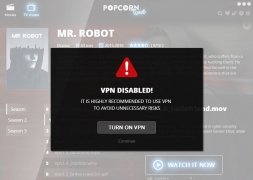 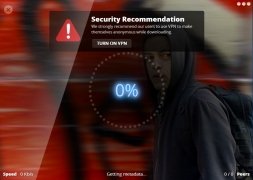 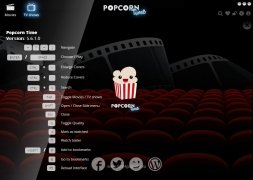 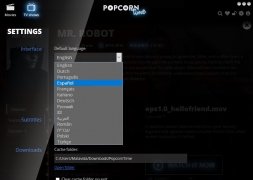 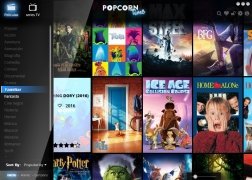 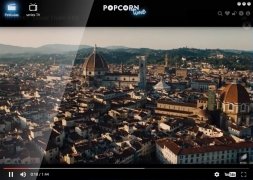 The arrival of Netflix and HBO, and to a lesser extent Amazon Prime Video, has changed the way we consume movies and series online. The comfort of not having to visit torrent sites trying to survive the bombarding of hundreds of advert banners and pop-ups before we can even get to the content we're looking for, and not having to fill our hard drive with dozens of MP4 or MOV files is the ultimate advantage.

However, these legal and official services have a drawback: you have to pay to use them. The average Internet user isn't willing to pull his hand out of his pocket to pay for something he can get for free, even if the quality and legality of these platforms greatly exceed any other alternative and the fact that the price doesn't usually rise above ten euros per month.

The best free alternative to Netflix.

And that's where Popcorn Time comes in, an application for PC, that's also available for Mac, Android in APK format, and iOS by means of jailbreak, that offers us the possibility to enjoy all the contents of Netflix and company, but without paying a cent. Regardless of whether we're looking for the latest Game of Thrones or Westworld episode or the latest Tom Hanks movie that isn't even on DVD, PT has got and for free.

Which Popcorn Time should I use? Which one's the good one?

What? There's more than one? So, which one's better? Calm down, there's no reason to worry. There's only one official version of this streaming program, apart from a few forks that have stemmed over time, but the thing is that the service has had to close quite a few times, coming back shortly after with a new domain, which has caused confusion among its users.

So, even if the true Popcorn Time can only be downloaded from the TO domain, on other occasions the official version has also been available on IO or SH. Another different thing is the CE or Community Edition, an unofficial variant maintained by the community of users and fans of this streaming service. However, we always recommend the official version.

When the developers of the original platform decided to release the source code of the latter, it didn't take long for a series of clones to appear, including Cuevana Storm, another service to watch movies and series online. The program's interface is almost identical and the only differences to be found are really small: Popcorn Time's catalog is larger and better and the information offered regarding each content is broader.

Cuevana turns out to be a decent alternative, but without reaching the level of the former. However, if I were asked which one to choose, I would say neither. Try to be legal and pay yourself a subscription to Netflix, it isn't that expensive.

Popcorn Time Mac 6.1
Other languages
We use our own and third-party cookies for advertising, session, analytic, and social network purposes. Any action other than blocking them or the express request of the service associated to the cookie in question, involves providing your consent to their use. Check our Privacy Policy.