29.8.5 Prime95 is a program to find Mersenne's prime numbers that can also be used as a very effective tool to carry out stress tests on computer processors
8/10 (3 Votes)
Download 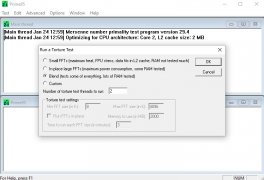 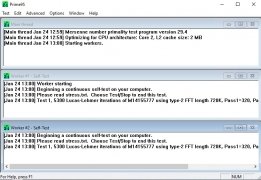 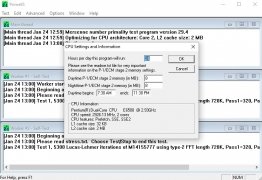 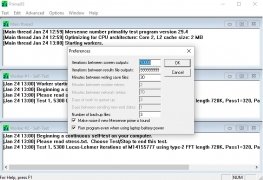 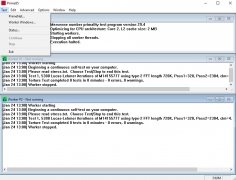 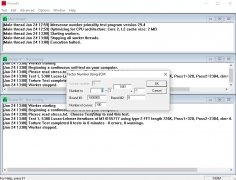 What's a prime number? Well, a natural number that can only be divided between itself and 1 (no, 1 isn't a prime number). With this idea in mind, Marin Mersenne, mathematician, theologist, and philosopher, did a lot of thinking and came up with the concept known as a Mersenne prime, which is basically a positive integer that's a unit less than a power of 2 that also turns out to be a prime number.

And if you want to find as many of these prime numbers as you can, you're better off downloading Prime95. It's an application developed under the distributed computing model (you know, several computers carrying out operations that are part of a much greater purpose) that can be used to find new Mersenne primes.

The thing is that it's not only useful to find these numbers but it's also an excellent tool to carry out a stress test on your computer. We can find CPU errors thanks to its Torture Test based on the fact that each iteration of the Lucas-Lehmer algorithm used by the program depends on the previous one. That means that if one iteration is incorrect the main test will also be wrong... and we can diagnose whether there's a miscalculation or not.