PUBG: New State is a version of the battle royale action game with improved graphics and set in the year 2051 that involves the use of new technologies 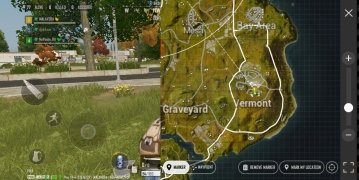 With the permission of other excellent titles, PUBG along with Fortnite and Free Fire is part of the holy trinity of Battle Royale-type action games. And now, we are witnessing the launch of a new version by the company KRAFTON, PUBG: New State.

Futuristic action in the year 2051 with improved design

This new version of the acclaimed Battle Royale stands out mainly for two aspects. One is the setting of the game, set in the year 2051. This implies that the technology is more advanced, something that we will be able to verify in the varied arsenal of weapons that we will have, in the available vehicles, and also, in the use of all kinds of technologies, such as drones.

The other element to highlight is a renewed graphic section, where the design is much more defined and detailed and we also have a better illumination of the whole.

In short, we find a video game that in terms of mechanics is identical to the previous one, although new movements have been included that allow better interaction with different elements of the game, as well as actions to dodge attacks from our opponents. And naturally, we also find new scenarios and settings. However, the storyline from which we start does not change one at all: we parachute onto an island where we face 99 other players and where the terrain decreases to get much closer to everyone.

These are the main features offered by this new game of the Playerunknown's Battlegrounds franchise:

Certainly, a game not to be missed by fans of multiplayer action.