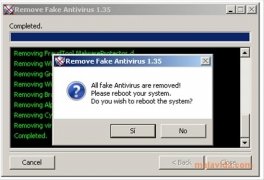 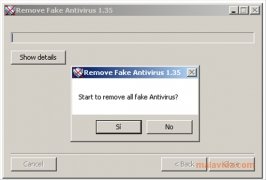 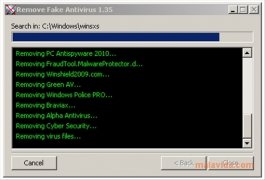 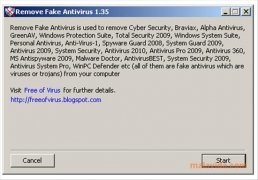 One of the major swindles that we come across lately on the web are the antivirus notifications that simulate having found malware on our computer and they urge us to download them and install them to get rid of the problem. The real damage comes when we actually download the aforementioned software because they contain trojans, viruses, spyware or other malware. In other words, they are false antiviruses.

Remove Fake Antivirus is an application that is constantly updating, that will allow us to uninstall the majority of these viruses. At this moment it detects more than 20 fake antiviruses, including the most widespread and harmful for our computer. Some very well known ones like CiberSecurity and Antivirus Pro 2010 are completely eliminated thanks to this tool.

The application's interface is very similar to any ordinary uninstaller. So what it actually looks like is as if we were uninstalling a program following the normal procedure.

Thanks to Remove Fake Antivirus, it is going to be a lot more complicated for fake antiviruses to extend to more computers, but you don't have to forget that the best protection is common sense. If you receive a message that is not from your antivirus saying that you have a virus, just ignore it.