Retro Emulator is an emulator for Android that lets you access classic console 8 and 16 bit games from Sega: Master System and Mega Drive (or Genesis) 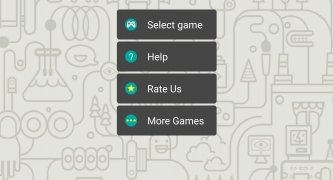 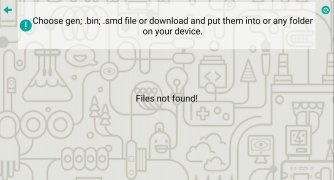 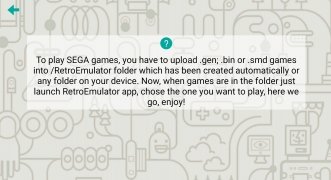 The domestic video game market of the late 80s and early 90s was dominated by several manufacturers, including Atari, Nintendo and of course Sega. This Japanese manufacturer had Master System (I and II) and Mega Drive or Genesis, depending on which region you were in.

Recover the games that defined an era

If you want to recover the games that made up the epic catalogs of these video consoles, you have to download Retro Emulator for Android. It's an emulator app which lets you play classic retro games on your smartphone or tablet. You can travel back to those times when your only concern was how to beat Sonic, Batman or Altered Beast and you still had all the hair on your head.

As with other emulators you'll have to search for a long time to find and download the ROM files as they don't come with the emulator. You won't find many configuration possibilities with this app so, like it or not, you'll have to settle for what it gives you.