Rust is an action shooter game from the Battle Royale genre that stands out for its graphics. We'll have to fight against other players and the elements 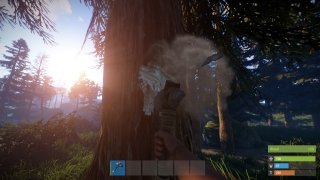 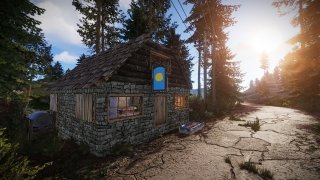 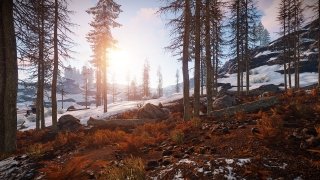 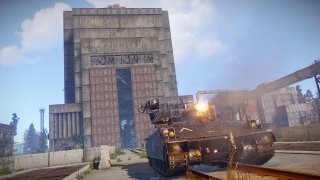 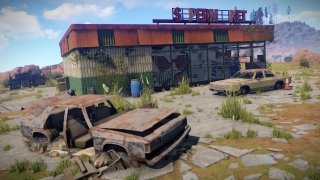 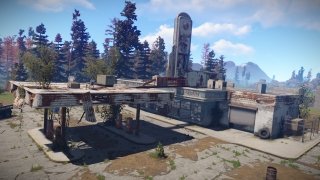 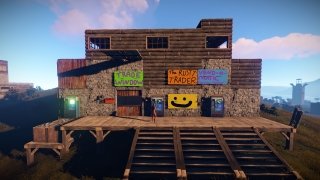 PLAYERUNKNOWN'S BATTLEGROUNDS has turned out to be a major hit amongst online multiplayer action games, together with Fortnite. Nevertheless, there's life beyond these two titles in the field of Battle Royale shooters. There are some really decent alternatives out there, as is the case of this Rust.

Surviving in a rusty and deteriorated world

This game will definitely remind us of an FPS of the likes of Fallout in which we have to explore a world devastated by a nuclear war. Something similar happens in this game for Windows. In fact, as indicated by its name, we're going to come across loads of rusty and worn-out buildings on scenarios recreated with an extremely high graphical quality.

The aim of the game is the usual one in this kind of title: we'll have to fight on our own against all the rest of players, trying to survive whatever it takes. So not only will we have to fight against our rivals but also against hunger, thirst, and the weather that will all try to leave a mark on our character. For such purpose, we can't forget about building a shelter, going out to hunt or lighting a fire to keep us warm.

Looking for a decent alternative to PUBG? Here it is.

Our enemies will try to hunt us down, just like we'll do to them. However, we can always try to build alliances with other players and create a tiny village to help us defend ourselves with guarantees. We'll have all sorts of weapons and vehicles at our reach.

This game, just like any decent Battle Royale, basically combines two kinds of games: the abovementioned shooters and survival adventures of the likes of Minecraft. In fact, just like in Mojang's major hit, we'll have to start off from scratch and figure out how to craft weapons and tools.

However, if we want to play with greater smoothness, we're going to need a computer that meets some rather demanding requirements: an Intel i7 processor or an equivalent AMD, 16 GB of RAM memory, and a GTX 980 or AMD R9 Fury graphics card.