You can now get a free download of Samba, a suite of programs that use the SMB/CIFS protocol to enable interoperability between Windows and Linux systems 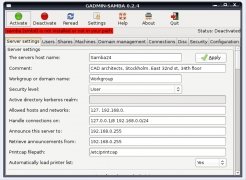 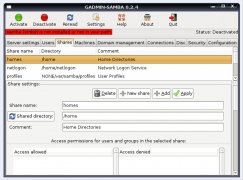 Samba is an open source software suite that uses the SMB/CIFS protocol to share printers and disks with Windows operating systems. This suite of programs, designed for the interoperability between Linux and Windows, expands your horizons when it comes to sharing these items between the abovementioned operating systems.

Samba can be used to turn your Linux PC into another component of your Microsoft network system. You can now use file and print services offered by Unix environments in Windows. Download Samba free of charge for Linux.