With Shadow Fight 3 MOD Menu, you will play with all kinds of advantages compared to your opponents. With this MOD, you will get unlimited coins and weapons 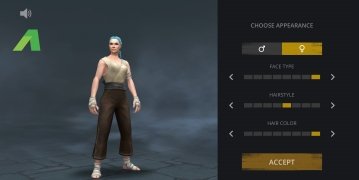 Shadow Fight 3 is a major update compared to other games from the saga, as it shows us new 3D scenarios, new locations, and also new characters. Shadow Fight 3 MOD Menu offers you the possibility to play with all sorts of advantages, such as money and weapons.

The MOD lets the user have unlimited coins and weapons to beat all opponents. This way, you will have all the necessary weapons and coins from the start and without having to complete all the quests to level up with your character.

However, we are not talking about the original game but a separate application without an official license. This means that you can be banned from their servers if they detect that you are cheating. Using this MOD is fine if you just want to take a look at it and see how far it can go, but it is really worth getting the original game and discovering all the new features that make it an awesome action and fighting game.

Have fun with Brawl Stars on this private server

Get free gold and gems in Brawl Stars