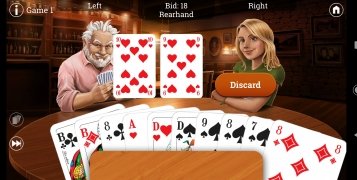 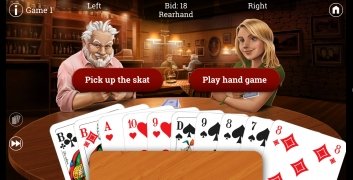 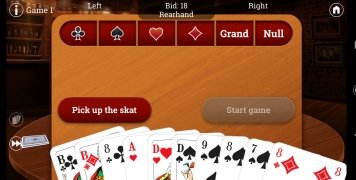 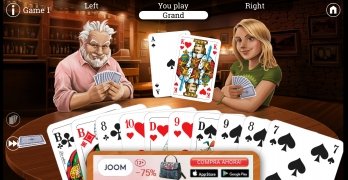 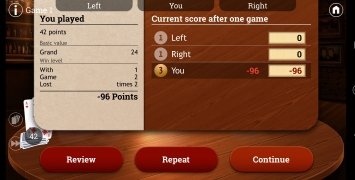 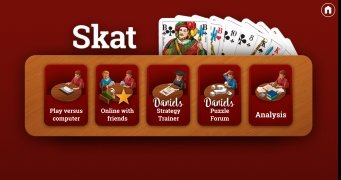 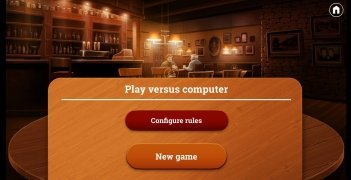 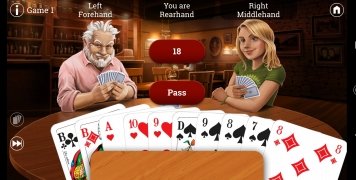 Skat is nothing less than the smartphone and tablet version of a popular card game whose origins date back more than 200 years although it became popular during World War I. It is played to three players with a standard deck of cards in which the 2 and 6 of all suits have been eliminated. It is a game of strategy with a certain element of chance.

The Android version of the German skat

The Android version offers us, as it could not be otherwise, the possibility of carrying out online games. However, we can also enjoy playing solo games against the application itself, which can serve as training for real games.

Beyond the rules of the game, the app proposes a simple system of play and handling, with a friendly graphic appearance that simulates a table in a tavern. These are its main features: