Avoid anyone accessing a computer network with Snort, a NIPS and NIDS that allows you to monitor and control absolutely everything. Download Snort for free 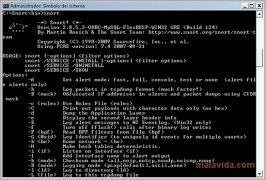 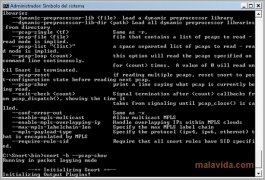 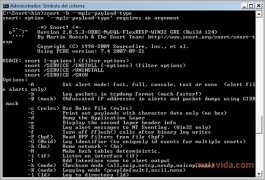 The security of any computer network has to be a priority, whether against threats like viruses or a problem that can be a lot worse and more dangerous like external intrusions. Snort is an application that monitors as many things as you ask it to without using hardly any of your computer's resources.

Control who accesses your computer

Snort is capable of analyzing communications protocols, detecting and solving CGI attacks, scanning ports, analyzing SMB connections, stopping attacks from the Internet,... and all the latter with compatibility for IPv6.

Since it is maintained by a community, Snort's detection rules are updated extremely quickly when new threats appear, requiring Oinkmaster and ActivePerl for this reason.

The software has no interface, everything is launched from the command line terminal, in which we'll include all the instructions to launch it and start detecting and repelling threats.

Antony Peel
Sourcefire, Inc
Over a year ago
This year
6.4 MB