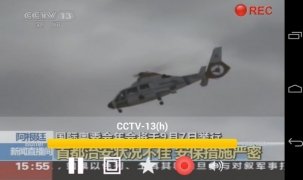 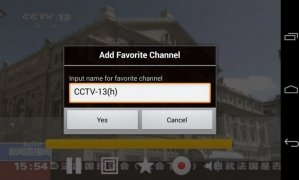 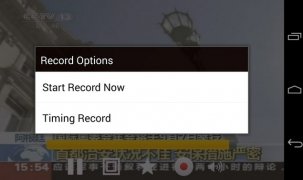 Despite the popularity and proliferation of platforms and services by means of which we can watch TV online at cheap prices, or even those that offer us movies and series via streaming such as Netflix or HBO, some people still prefer to use the P2P protocol with applications of the likes of SopCast. The main reason is that after so many years it's still the best answer to how to watch soccer online without any interruptions or connection problems.

This Android application, which you won't be able to download from Google Play, but only from webs of the likes of Malavida or its own official site (therefore, you'll have to configure your smartphone or tablet to be able to install APK files from your device's Settings), offers us the possibility to tune into hundreds of TV channels and radio stations from all over the world.

As we said before, it does so using the peer-to-peer protocol, which makes it much easier for anyone to broadcast their signal and share it with the rest of the users. Obviously, in many cases, the contents streamed aren't legal at all but the service itself doesn't promote or encourage any unlawful activities... That depends entirely on the user.

Therefore, if you want to watch the matches of your favorite soccer teams such as Real Madrid, Barcelona, Manchester United or Juventus, or simply tune into the BBC from wherever you are, just take a look at this list of functions and features:

As you already know, this application has been a classic on PCs for a long time. Many Windows, Mac, and Linux users discovered it back then when attempting to watch football on different websites that offered its links. However, iPhone users haven't got an official version... we all know how Apple reacts towards this kind of app.

And regarding alternatives to SopCast, you can resort to AceStream, another P2P service that is available in the official Google application store.

Download SopCast free for Android and take your TV with you wherever you go.

Hundreds of TV channels on your mobile

The best programs, sports, and movies from India

App to watch TV for free on Android

SopCast Mac 1.6.4
Other languages
We use our own and third-party cookies for advertising, session, analytic, and social network purposes. Any action other than blocking them or the express request of the service associated to the cookie in question, involves providing your consent to their use. Check our Privacy Policy.