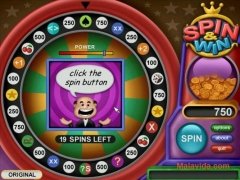 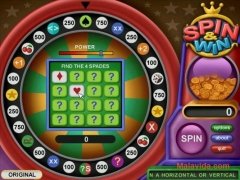 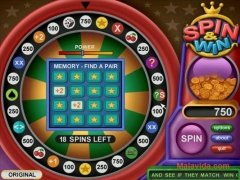 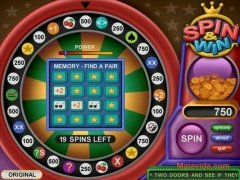 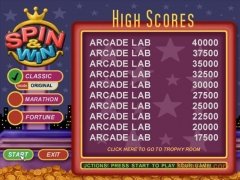 The Wheel of Fortune is one of the most-watched television game shows worldwide, with adaptations in more than 20 countries over the years. Due to this great success, it comes as no surprise that video games based on this show's format have also appeared, like Spin & Win.

The PC version of the wheel of fortune

The general concept of the game is the same as in the show, with the difference that the normal questions in which the contestants had to guess sentences and names have been substituted by other mini-games that offer more interest. This time around the players will have the possibility to be able to play a matching game, a slot machine, bet on horse races, four in a row or answer questions.

The general idea of Spin & Win is to try to get the highest score possible after spinning the wheel 100 times, with the possibility to receive additional spins if you are lucky. Will you be able to reach the first place on the prize list? Download Spin & Win and find out.

Play slot machines on your computer

Forget about being a simple tourist, become the real king of Las Vegas