2.2 SpotIM is a small application that will allow users to recover forgotten passwords from the most important instant messenger applications. Download SpotIM
0/10 (0 Votes)
Download 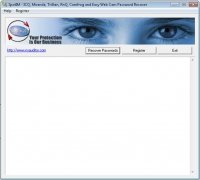 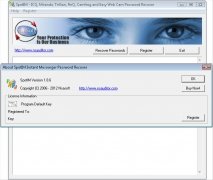 Instant messenger applications are used daily by users from all over the world to communicate, but there are occasions on which due to different reasons some of them are left aside for a certain period of time, and the users end up forgetting their account name and the password associated to them.

Now, thanks to SpotIM the users will have the possibility to recover the control of their accounts associated with some of the most important instant messenger applications on the market, such as:

How SpotIM works is rather simple, because it simple searches in the computer's memory to find the encrypted data that has been stored regarding these accounts by the instant messenger applications and it makes this data visible.

SpotIM is so easy-to-use that in less than 10 seconds it will be possible to have access to the data of an account.