Spytify is a free program capable of spying on Spotify to record in MP3 the songs played on the platform, without adverts, and with great sound quality 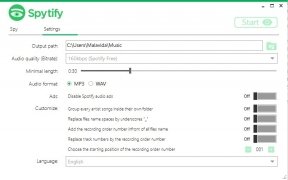 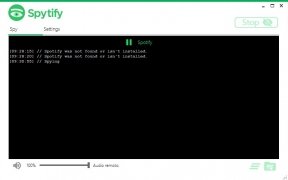 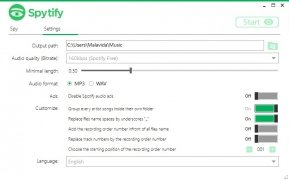 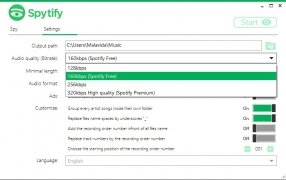 Certain users refuse to admit that downloads are dead. It's much more comfortable to resort to legal streaming services to enjoy listening to our favorite music or watching the best series and movies than downloading and occupying space on our devices. Spotify is the music platform par excellence, with millions of active users and more hours of music that we could ever possibly listen to during several lifetimes. And now those users can download all this music.

These users reluctant to progress can enjoy all these songs without abandoning their beloved MP3 format thanks to Spytify. It's a tiny program capable of recording (not downloading), all the tracks that are playing on Spotify. We have to differentiate between download and record because, to make this software work correctly, the song must be played entirely so that it can be recorded on our hard drive, so it's not a fast process.

Although the process isn't as quick as we'd like it to be, its functioning is great and its options allow us to get hold of as much music as we want in the highest quality, provided that we've got plenty of time and patience:

An equalizer designed specifically for Spotify

Synchronize your iTunes playlists and albums on Spotify