Street Racing 3D is an urban racing game in which you'll feel like the kind of the city of London. Put your foot on the accelerator to finish first 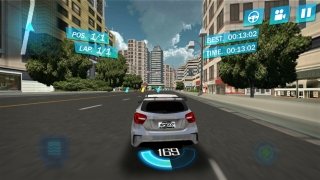 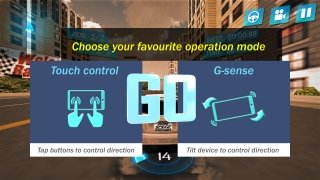 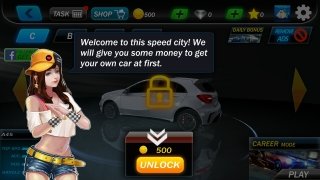 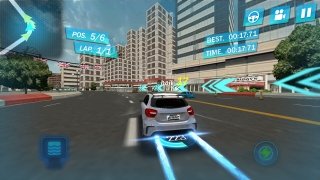 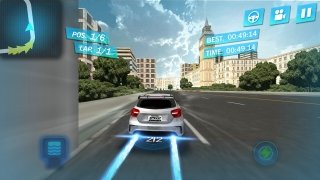 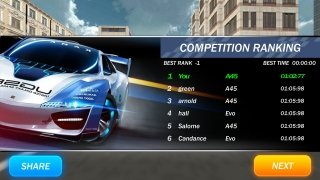 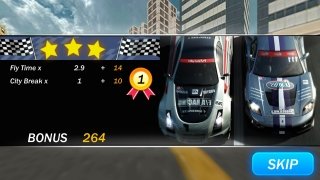 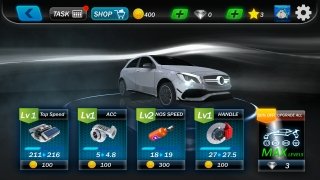 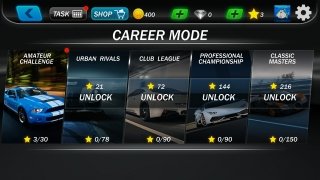 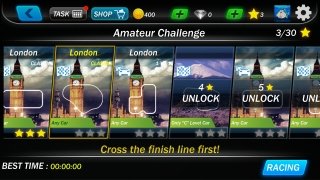 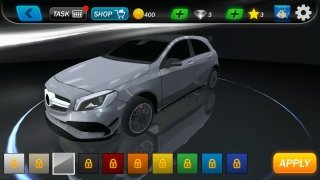 There are loads of car racing games out there but hardly any of them take place around the streets of London. And that's really cool. Well, it's cool until you realize that they've made up the roads and that they've just scattered emblematic buildings all over the place without paying attention to their real location. In any case, it's still cool, especially because it also comes along with some heavy music to submerge you into the game. As you can see, Street Racing 3D has absolutely everything, including a busty semi-naked girl who will guide you through the tutorial. This game developed by Combine.inc for Android only needs a couple of explosions and a few weapons to become a true hit.

Experience racing around at full speed.

Show off your driving skills

You'll start your professional career as a driver with a rather ordinary vehicle that you'll be able to improve and modify as your advance and win races. Paint it with a new color, change a few parts or place some new wheels. If you smash it up, you'll have to leave it in the garage and wait for it to get repaired (that's even too realistic for some users), so be careful with the damage you cause to your car. Once you've chosen your vehicle, you can take part in different championships that you'll gradually unlock as you earn stars (whether winning them or paying for them):

Become the kind of street racing.

Within each category, there are several races that require achievements (or money) to unlock them, and some of them will demand you to take part with a certain model (such as level C). You'll have to control the game by tilting your phone or tapping your screen (that's up to you), with a brake button and a touchpad booster. Try to cross the finish line in the first position, don't crash into anyone and try not to kill anyone. That's all you need to do.

If you fancy trying the game out, just download the APK file from the Play Store. The game is completely free of charge although it incorporates in-app purchases just in case you want to advance quicker.