Super Mario Bros: Odyssey is a fangame that reminds us of the first editions of the saga but with new elements and playability identical to the original one 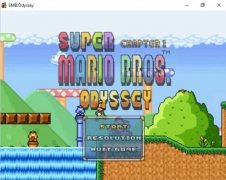 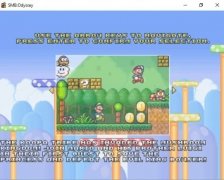 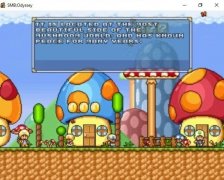 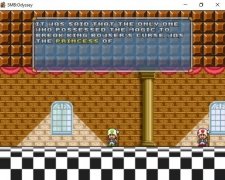 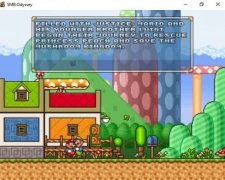 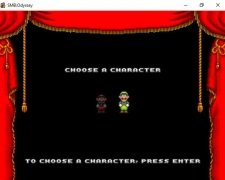 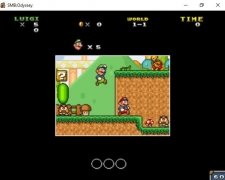 The truth is that Nintendo has never been too kind to PC users. We all know that they want to sell video consoles but they could have at least released an exclusive version or two of Mario Bros. for Windows and Mac. Couldn't they?

The fact is that due to this shortage we have been forced to download all sorts of fangames inspired by one of the most important video games of all time. One of them is this Super Mario Bros: Odyssey, which takes us back to the Mario universe with an adventure featuring our favorite hero and his inseparable Luigi.

A new version of the classic Mario which we highly appreciate

Don't expect a great plot because it doesn't really need it. Mario games never had, just like the rest of arcade games from the '80s and '90s: it's the same story as always with Bowser and his Koopas kidnapping Princess Peach once again and trying to take control of Mushroom Kingdom. Therefore, Mario and Luigi have set out to recover the kingdom, release Peach and give Bowser and his henchmen a hiding.

In this Mario Bros. video game for PC we'll also be able to choose which brother we want to play with. Apart from being free and coming along with new levels, we can also find improvements to other elements such as its playability: we can climb walls, collect giant coins, and play special screen that will be a delight for any fan of the saga.

One of the greatest heroes of video game history.

The truth is that Mario is a mass phenomenon because despite being born back in the '80s, his different games are still played massively. And who cares if they look retro... just take a look at the success of the Android APK or the version for iPhone, as well as the continuous versions released by Nintendo for its consoles other than the NES and Super NES: Wii U, Switch, Game Boy...

Antony Peel
smbmaster99
Over a year ago
This year
31.4 MB