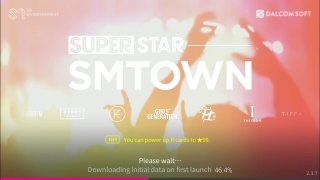 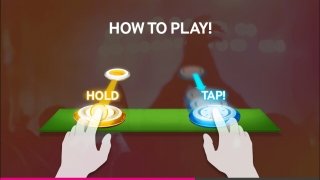 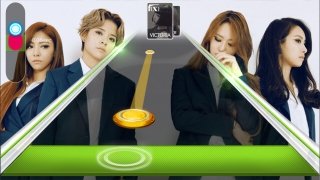 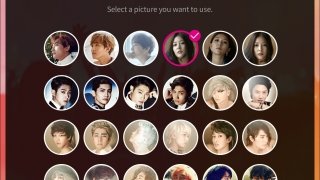 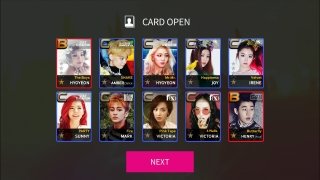 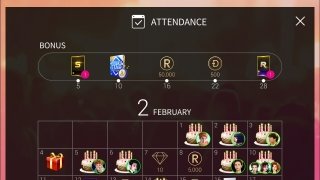 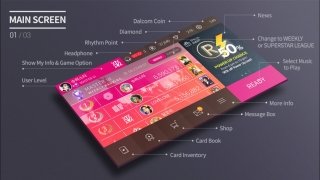 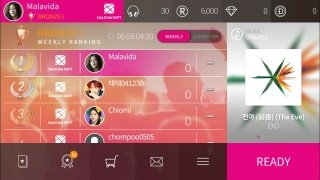 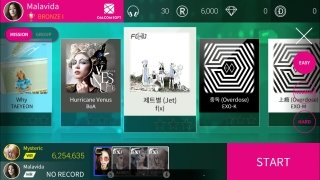 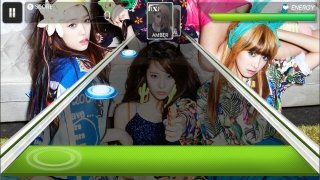 Dalcomsoft, Inc. is a Korean video game development studio that has decided to create as many SuperStar music video games as possible. It's a range of games similar to Guitar Hero in which you can play South Korean music that you never thought that it existed. After SuperStar BTS and SuperStar JYPNATION, they've developed SuperStar SMTOWN.

SM Town is a project by the South Korean label company SM Entertainment that publishes compilation albums with music from several bands and artists that later get together to tour and perform jointly the songs they've recorded.

This app is a music game in which you can play with all these songs and follow the frantic pace however you can just like in Guitar Hero, tapping or pressing the buttons as they appear on our screen for just the amount of time necessary to create the perfect melody.

Since the game revolves around artists from a country that we hardly receive any information about, other than its fights with its neighboring country, you probably won't know any of the musicians included in the app but we highly recommend you to listen to some of the songs to discover the musical madness of bands and artists of the likes of BoA, RYEOWOOK, SEOHYUN, SHINee or NCT U-WITHOUT YOU.