The Revenge of Shinobi Android 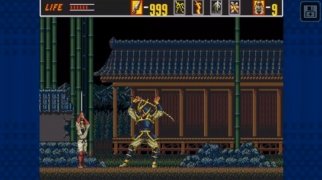 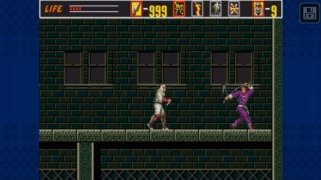 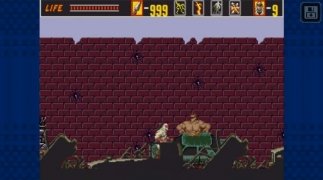 Some of you old folks will probably remember with nostalgia those days in which companies of the likes of Nintendo, SNK, Taito or SEGA provided us with indescribable moments of fun on 8 and 16-bit consoles and arcade machines. The fans of beat'em ups had a great time playing DragoNinja, Double Dragon or Shinobi, talking as to settings that reminded us of movie masterpieces such as Big Trouble in Little China.

Well, as SEGA wants to continue re-editing some of the classic titles from its catalog for Android and iPhone within the SEGA Forever collection including titles of the likes of Sonic or Altered Beast) we can now once again enjoy The Revenge of Shinobi, the second part of the successful saga of action games published back in 1989.

The return of Shinobi: he wants vengeance

This series was born in 1987 and over 10 games have been launched on different platforms (arcade machines, Mega Drive, PS2...). It was based on the classic approach of fighting against enemies whilst we moved sideways on a 2D scenario. In The Revenge of Shinobi, you'll take on the role of the ninja Joe Musashi that wants to come to terms with the criminal gang Neo Zeed with this very original plot: they've killed your mentor and kidnapped your girlfriend.

You'll explore different stages fighting against the syndicate of crime, traveling around scenarios from the 80s' and throwing punches and kicks all over the place thanks to your ninjutsu techniques, from Japan to the USA.

What part of 'essential video game haven't you understood?

This game can be downloaded for free and you don't need to be online to play because it doesn't require an Internet connection. However, you'll have to put with a few adverts that you can remove by means of an in-app purchase of a couple of dollars. There are no excuses to not download the APK of this classic action-packed video game.

The Revenge of Shinobi PC
Other languages
We use our own and third-party cookies for advertising, session, analytic, and social network purposes. Any action other than blocking them or the express request of the service associated to the cookie in question, involves providing your consent to their use. Check our Privacy Policy.