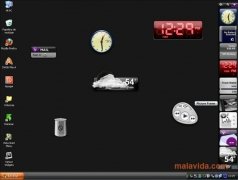 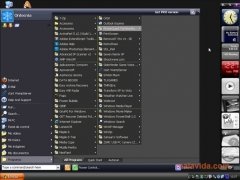 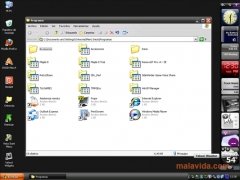 If you're one of those users that prefer the stability and speed of Windows XP, but look with envy to the graphic innovations of Windows Vista, Transform XP to Vista is a pack that you may like.

It has various interesting tools, that have been developed to customise the operating system to give a certain touch that is more similar to Windows Vista, even though we have to admit that the similarity between the final result and Vista is rather debatable.

This doesn't avoid that the enhancement that Transform XP to Vista applies give XP of the practical and stylized look.

The pack doesn't touch any of the Windows system or registry files, something that doesn't happen with other transformation software, it limits it actions to add and install new elements:
- Adds a new desktop theme, Zune, that gives the system windows an interesting look.
- Installs VistaStartMenu, that makes the Windows menu look exactly like that of Windows Vista.
- In the widget sidebar it installs Yahoo! widgets, that are quicker, more useful and nicer looking than the ones that come with Windows Vista.

Even when it has few similarities with Vista, the enhancements that this pack applies are highly advisable, specially for those that want to give a personal and appealing touch to their computer.
Requirements and additional information:
This download requires an Internet connection during the installation process

Antony Peel
Ordinary Soft
Over a year ago
More than a year ago
11.9 MB