TVersity is a multimedia server capable of sending data to video game consoles, mobiles or other computers by means of streaming. Download TVersity for free 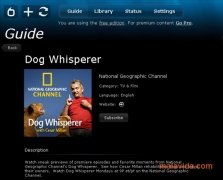 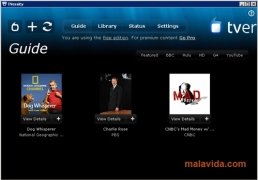 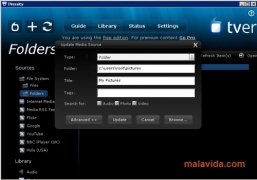 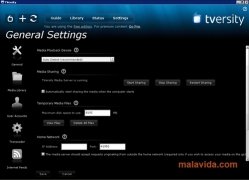 The developers of TVersity have decided to create a software application that acts as a multimedia center to send data to any platform, to do so, this software is a real wonder of simplicity and power. With it, we will be able to have any video, audio or image directly on any of our gadgets.

For the moment TVersity supports sending video via streaming technology to the Xbox 360, Wii, PSP, PS3, mobiles and other computers, so we will have a perfect multimedia server that is simple and free. Furthermore, TVersity allows us to send the videos that we find on Hulu, YouTube, and other similar services.

The interface of TVersity is dark yet functional, without too many buttons to overwhelm the user and with enough information about the contents. Furthermore, it connects automatically to the Internet to show the most interesting and recent broadcasts.

The formats that TVersity is capable of sending via streaming are WMA, WMV, MJPEG, DVR-MS, AVI, MPEG1/2/4, MP3 and AAC, Quicktime MOV, Real Video/Audio/RMVB, Musepack Audio (MPC), Wavpack, OGG Vorbis and OGM, FLAC, Monkey Audio (APE), Flash Video, Matroska... so we shouldn't have any problem to play our files. As a complement, there is a paid version of TVersity that increases its functions and capacity.

Enjoy your own music via streaming