If you have an iPod, PSP, Zune or a 3G mobile you will need to convert the format of your videos to watch them. Download Twins video to iPod-Zune-PSP-3GP 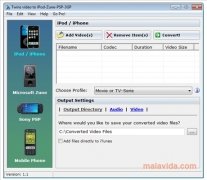 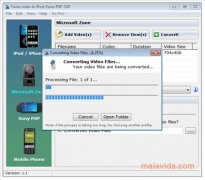 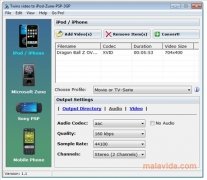 The large amount of portable devices and players that we can currently handle make it essential to have some kind of application that helps us to convert any video file to a format that is compatible with them. Twins video to iPod-Zune-PSP-3GP is one of these applications, that, simplifies the conversions as much as possible.

As its name indicates, the iPhod, iPhone, Zume and mobile telephones are the main devices towards which this software is focused, but the configuration options offered are enormous, so it won't be at all difficult to get an extreme optimization for the playback that we want with the intention of using less space and improving its visualization.

The program interface is very simple, with the configuration and the options clearly visible and the possibility to easily activate any preset thanks to its big icons.

Scott McLure
Twins Software
Over a year ago
More than a year ago
5.9 MB