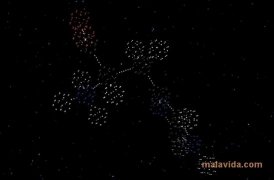 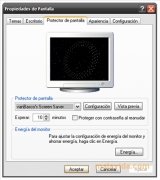 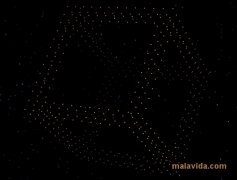 Windows has several default screensavers, each one of them with its own style. Lots of people use different ones, nevertheless, they usually end up being rather repetitive and somewhat dull. That's the reason why vanBasco Screensaver will come in very handy for those people that are tired of Windows' screensavers.

This screensaver is highly customizable, allowing us to show on the screen the various models it has available, designed with small dots, that created a very accomplished 3D effect. All the 3D models look like they travel in space among the stars, and the colors can be configured.

Furthermore, the speed at which the stars advance and their amount can be configured, as well as the possibility to include several 3D models that will be viewed in sequence. And if the computer on which vanBasco Screensaver is installed is used for important tasks, it's possible to indicate the priority of the screensaver's process.