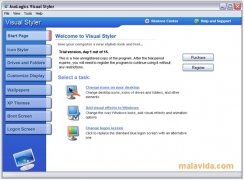 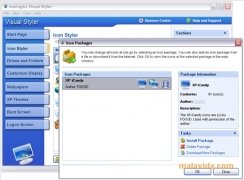 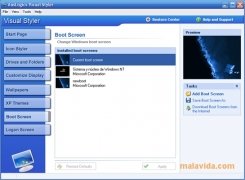 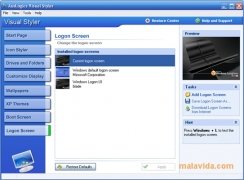 If you want your copy of Windows to be unique and look like none other, Visual Styler is one of the applications that you will have to install to be able to change and customize anything you want. Among other features, this software will allow to change the icons, apply visual effects, play with the desktop wallpapers or edit the Startup themes.

Customize the aspect of your Windows

There are more than 80 icons in the system, as well as those added by each program, with Visual Styler you will be able to change all of them, as well as being able to easily edit them to generate your own icons. The visual effects that the software allows range from eliminating the shortcut arrow from the icons to activating the softening of the fonts or changing the size of the desktop icons.

It is also possible to activate the use of themes (also known as skins) in Windows, which can mean a full revolution to your desktop because it changes the sounds, icons, cursors, and practically the entire system.

Like the majority of customization software, you can change the desktop wallpapers and configure them to change every now and again, just like editing the Startup and user selection screens.