If you can't play a video on your Mac you may be suffering a format problem. Download VisualHub and convert between different video formats very easily 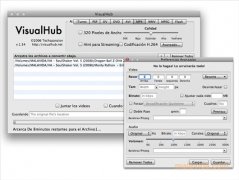 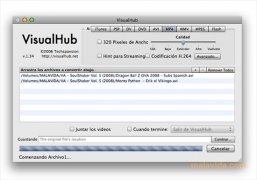 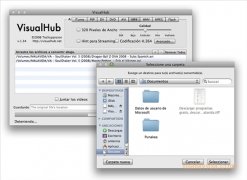 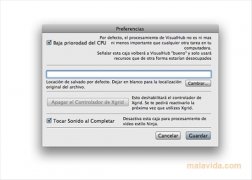 One of the greatest problems that we can come upon when downloading a video from the Internet is that it isn't in the format, size or resolution that we were looking for, so we'll require a video file converter that will allow us to modify the file's properties.

VisualHub is a tool that's ideal to convert video between different formats, it has a series of templates (that will make the process of converting a file to one of the popular formats a lot easier), as well as a very simple interface, that will allow us to modify any of the parameters to our own liking.

The program is compatible with iPod, PSP, DV, DVD, Tivo, AVI, MP4, WMV, MPEG, and FLV, it doesn't require that we have Quicktime Pro installed on our system, and what's more, it will allow us to perform batch file conversion or preview the result before starting the conversion.

Despite being one of the most popular video converters for Mac, VisualHub will no longer be developed and no more program licenses will be distributed.