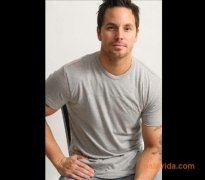 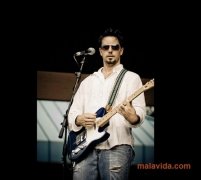 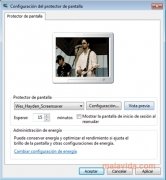 Wes Hayden Screensaver is an application for your computer that will liven up your desktop when you aren't using your computer. It is a compilation of the best photographs of Wes Hayden, a country singer that became popular because he appeared on a North American reality show. You only have to install the application and the images of this nice looking man will appear when you take a break.

Place Mr. Hayden on your desktop

Wes Hayden decided to take part in The Bachelorette, a reality show, to impulse his music career, because he didn't seem to have too much popularity. This program was broadcasted by ABC in the USA. The show consisted of a single woman that had to choose a person with which to start a new relationship between 25 men. Wes Hayden took part in the edition that had the beautiful Jillian Harris, but unfortunately, he wasn't chosen.

If you do like him, you can always have Wes Hayden Screensaver on your computer's screen. You will be able to configure it so that it shows images of Wes Hayden after a period of inactivity. You can configure the color of the background and the photograph's transition effects.

Scott McLure
Download Free Screensavers
Over a year ago
More than a year ago
1.5 MB