WhatsApp Plus Tips & Tricks: the best guide for the WhatsApp MOD

A guide with the best tips & tricks and all the explanations necessary to install and configure appropriately the most popular WhatsApp MOD: WhatsApp Plus 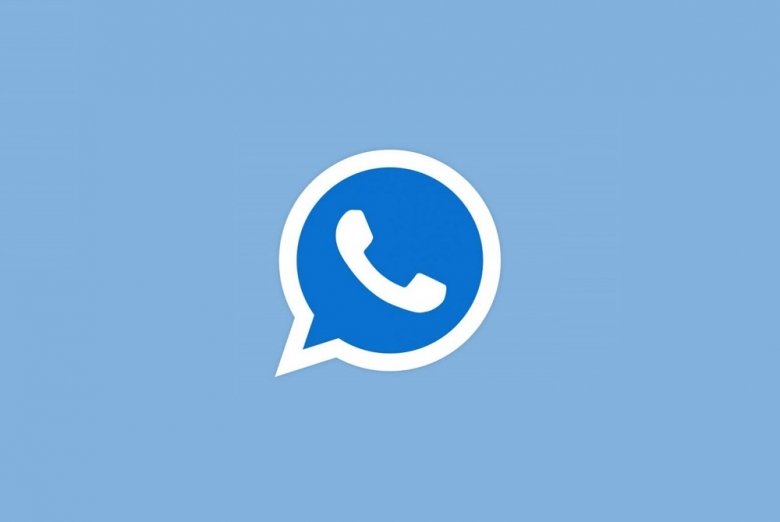 WhatsApp is undoubtedly the true king of instant messaging communications. Despite the emergence of new alternatives to send messages and share photos and videos of the likes of Telegram or Signal, and the efforts made by old-time rivals such as LINE, WeChat or Facebook Messenger, nobody is capable of putting up a decent fight against the chat service created by Brian Action and Jan Koum back in 2009.

And that’s also regardless of the fact that many of these competitors that have tried to overthrow it are much more complete, incorporating functions and features that are much-demanded by its users. However, its over 1.5 billion users still make it the number one communications app in the world: not having WhatsApp means that you’re almost transparent for the society.

But what can we do if we want to continue using WhatsApp and also make the most of other more advanced and complete functions? The only solution is to resort to the so-called WhatsApp MODs, modified versions of the official client maintained and developed by Facebook, which incorporate precisely what its users have been asking for: more and better features without giving up on using the most popular messenger service in the world.

There are dozens of MODs available but one of them stands out from the rest due to its popularity, features, and performance: WhatsApp Plus is the WhatsApp MOD par excellence. Developed by the Official Plus team, the same guys behind the development of other modified clients such as GBWhatsApp, OGWhatsApp, OGYouTube or Instagram Plus, it has become a reference for the rest of MOD creators. And it does exactly what it name indicates: it give WhatsApp a plus, a little extra shove.

Amongst its most noteworthy features, we have to point out the possibility to use two phone numbers on the same Android smartphone, install themes to customize the user’s interface, improve the app’s security and privacy options, skip the limits imposed by the official developers in terms of size restrictions for shared files, prevent our contacts from viewing our status or profile picture, etc. All in all, all the functions that we’ve always wanted to use on the official WhatsApp.

However, the APK of WhatsApp Plus can’t be downloaded from Google Play since its development hasn’t been authorized by the owners of its source code. For such purpose, downloading, installing, and updating the app aren’t carried out as usual and could do with a short explanation that we’ve included in this guide with tips and tricks. A tiny tutorial that also intends to teach the user how to configure the appropriately to take advantage of all its functions and settle any doubts or concerns that may arise regarding the legality and security of this MOD, as nobody wants their personal details to be exposed or to get banned from the service.

Thus, we’ll learn about all those tricks necessary to carry out actions such as hiding our ‘online’ or ‘writing’ status, carrying out backups of our WhatsApp chats to later restore them in WhatsApp Plus, use two accounts at the same time on the same device, and we’ll also break down all its pros and cons, comparing it to its main rivals on the Android market. And don’t forget to ask for help if you can’t find the answer to your doubts and questions about this MOD.

What's new in WhatsApp Plus in 2021: updates and changes

As usual for a few months now, the version of WhatsApp Plus 2021 provided by Malavida is the development made by HeyMods, who are now updating one of the most popular MODs of this messaging client. Let's remember that this is not an official development and multiple developers are working in parallel on different versions of WhatsApp Plus.

The best alternatives to WhatsApp Plus (February 2021)

WhatsApp Plus is one of the most popular WhatsApp MODs around. However, it isn’t the only one available as there’s a long list of alternatives if you don’t want to use this one.

Opinions about WhatsApp Plus: pros and cons

WhatsApp Plus is the most downloaded WhatsApp MOD of them all here’s what the editors of Malavida think about it:

Is WhatsApp Plus legal?

WhatsApp Plus, as an application is not legal, as it was created using reverse engineering on WhatsApp Messenger, violating its terms and conditions of use. But its use in itself is not illegal. But you must always be aware of the risks involved.

How to use WhatsApp Plus and how it works

If you are a regular user of WhatsApp, you should have no problem knowing how to use WhatsApp Plus. It is used exactly the same way. This means that once you have downloaded the application, all you have to do is register with your phone number, just as you would with the original WhatsApp application, and start communicating with your contacts in every way possible.

How to use 2 WhatsApp numbers with WhatsApp Plus

To have two WhatsApp phone numbers using WhatsApp Plus, you will have to install other WhatsApp MODs or use one of the options to clone or duplicate existing apps on this operating system. However, either of these options requires you to have two working phone numbers, either on a dual-sim phone or on two phones.

How to reply with WhatsApp Plus

How to customize WhatsApp Plus

The options for customizing WhatsApp Plus are either in your settings and configuration section or in the contact's own settings in the same chat.

How to hide the 'online' status in WhatsApp Plus

To hide WhatsApp's online status so no one can see if a user is online or not, follow these steps.

How to install WhatsApp Plus

To install WhatsApp Plus, you will need to go to your Android phone's settings and enable the option to allow installing applications from unknown sources. Please, check how to make this set up in your Android version.

How to copy chats from WhatsApp to WhatsApp Plus

To backup your chats from WhatsApp Messenger to WhatsApp Plus, these are the steps you need to follow.

How to uninstall WhatsApp Plus

To uninstall WhatsApp Plus from your phone, follow these steps which very similar to deleting any other installed app.

How to configure WhatsApp Plus

It is easy to set up and start using WhatsApp Plus. First of all, download the APK file and proceed with the installation as usual. At the end of this tutorial, you will find the green Download button to get the APK. Once we are in the app, it is time to configure the most important settings of the messaging client.

How to update WhatsApp Plus

To upgrade WhatsApp Plus there are several options available as explained below. Choose the one that is most convenient for you.

WhatsApp Plus for iOS: can it be downloaded?

Yes, there’s a WhatsApp Plus for iPhone. To be able to use the iPhone version, there are two options depending on whether your device has a jailbreak or not:

How to know if someone is using WhatsApp Plus

There’s no such thing as a 100% reliable way of know who is using WhatsApp Plus instead of the traditional WhatsApp, the only thing you can do is keep an eye out and check if you see any signs that could confirm your suspicions, unless your contact admits to using this MOD. In any case, keep an eye out for the following signs:

Can I get banned from WhatsApp for using WhatsApp Plus?

Yes: using WhatsApp Plus or any other unofficial WhatsApp MOD can get you banned from the service, not allowing you to send or receive any messages. These apps are unofficial developments that modify the original source code without permission in order to offer new functions. This practice is illegal and, therefore, pursued by the owners of WhatsApp Messenger, who consider that their service is being used without permission and without complying with the conditions and terms of used imposed to its users.

What's the size of WhatsApp Plus

The size of WhatsApp Plus varies with each new version. We have to bear in mind that it’s a WhatsApp MOD and that, just like any other application, every time it gets an update and incorporates new features and functions, the size of the APK can change. Therefore, to know how much the file weighs we simply have to download the APK. However, we know that it will definitely weigh slightly more than the original app. Thus, just for your information, version 6.70 weighed 35.5 MB, version 6.20 was down to 33.8 MB, version 6.12 up to 38.5 MB, version 6.10 was slightly heavier at 38.61 MB, whilst this version 8.00 is 47.1 MB.

Is WhatsApp Plus safe?

Unfortunately, we can’t say for sure that using WhatsApp Plus is 100% safe.

What is WhatsApp Plus and what's it for?

WhatsApp Plus is an unofficial modified version of the instant messaging and chat application, WhatsApp, that allows us to use this messenger but with more options and customization functions than in the original application. It was created by a Spanish guy known as Rafalense some years ago, being released in 2012 the first version of this development, although he left the project shortly after. Other users picked up his work from there. The app, just like the original development, allows us to end text messages, make calls or video calls straight from our phone with our contacts that also use the application.