Can I get banned from WhatsApp for using WhatsApp Plus?

You run certain risks by using a WhatsApp MOD of the likes of WhatsApp Plus. Can you get banned? We'll answer this question trying to explain what could happen to your account on this instant messaging app 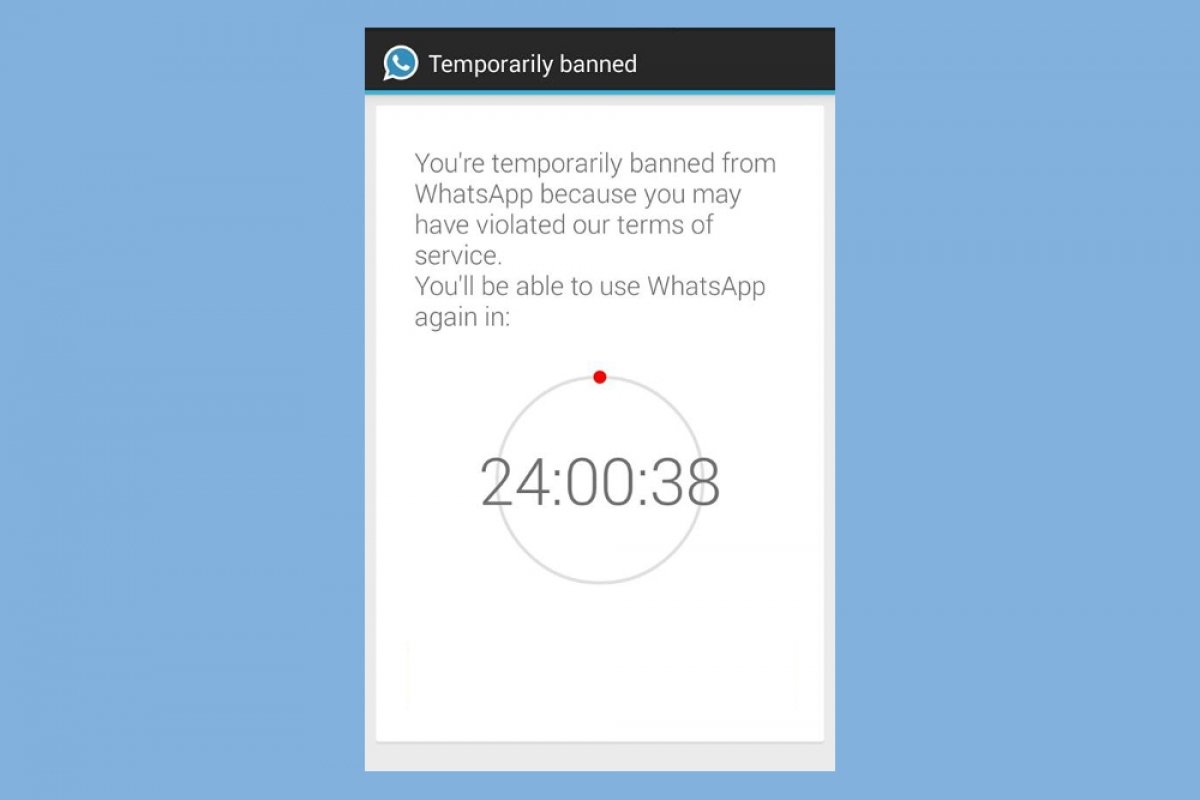 Yes: using WhatsApp Plus or any other unofficial WhatsApp MOD can get you banned from the service, not allowing you to send or receive any messages. These apps are unofficial developments that modify the original source code without permission in order to offer new functions. This practice is illegal and, therefore, pursued by the owners of WhatsApp Messenger, who consider that their service is being used without permission and without complying with the conditions and terms of used imposed to its users.

In general, when a MOD user gets banned, it’s never a permanent measure. To the date, users are notified that their accounts have been blocked and are invited to uninstall that version and install the official client to get it back. However, that doesn’t mean that they can’t implement permanent bans on our account if we persist to infringe the app’s conditions and terms of use.

On the other hand, the main MODs available have gradually added antiban functions and tools to avoid this problem. By doing so, they’ve tried to bypass the restrictions imposed by Facebook, extending the useful life of these developments.

Ever since WhatsApp Plus first appeared back in 2012, users have been pursued and banned on several occasions. Bans have taken place regularly, maybe because WhatsApp decided to pursue users more heavily or because the antiban measures stopped working. In any case, the important issue here is that you should know that you could have your account banned for using WhatsApp Plus or any other MOD available. It’s the risk you have to run.