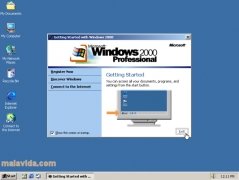 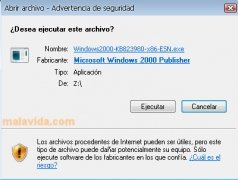 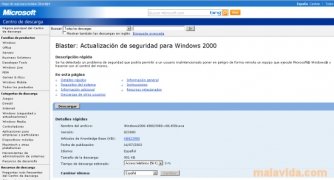 In the summer of 2003, many users turned their computers on and found a very unpleasant surprise: they had been infected by the virus called Blaster or also known as LoveSan. This worm exploited a buffer overflow in the DCOM RPC service to spread without the user having to open any attachment. The most common effect of this worm on our computer was that it rebooted for no reason at all.

Windows 2000 Blaster Update is an update patch for Windows 2000, that avoids that a malicious user takes control of our computer remotely, by exploiting system vulnerabilities. This patch was included in the Microsoft security bulletin number MS03-026, a month before the Baster worm started to spread.

The best way to protect your computer it is to install the security patches recommended by Microsoft, so download Windows 2000 Blaster Update, it increases your Windows 2000 operating system's security and avoids future infections.
Requirements and additional information:
The update is compatible with Windows 2000, Windows 2000 Professional, Windows 2000 Server and Windows 2000 Advanced Server.