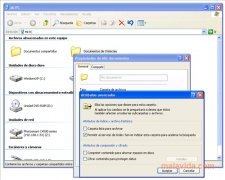 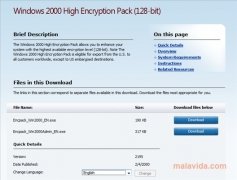 Windows 2000 High Encryption Pack is a pack launched by Microsoft with the objective of being able to encrypt data at 128-bit, in one of their most popular and extended operating systems focused on business and corporate use.

This pack of improvements provides greater security to the files and due to this, it will be a lot more complex to steal important data or for the user's privacy not to be threatened by any kind of malware or malicious users.

Windows 2000 is an operating system developed by Microsoft, that is focused on its use in businesses, in such a way that both the stability like the security are two of the strong points and, due to this, are some of the aspects that the giant from Redmond has placed more emphasis on, by means of updates like this pack of improvements.

If you want to improve the encryption level of the system addresses, so that nobody without permission can access them, download Windows 2000 High Encryption Pack very quickly