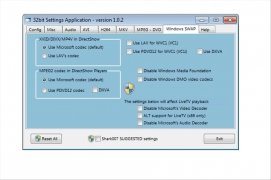 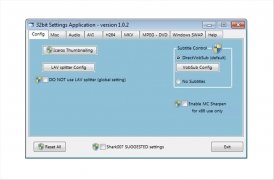 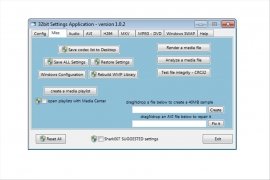 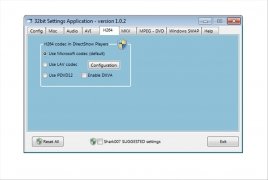 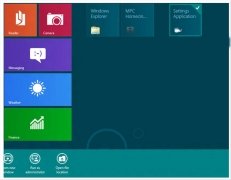 Many people are starting to test the Consumer Preview version of Windows 8, the innovating new operating system by Microsoft, and nothing better from now on than to have a pack of audio and video codecs that will make it much easier to play contents, something like Windows 8 Codecs.

A pack of codecs that works with all kinds of players.

Adapting Windows 8 to the majority of multimedia

Once installed you'll be able to forget about incompatibilities when it comes to playing multimedia contents on Windows 8. The entire configuration of STANDARD Codecs for Windows 7 and 8 can be carried out from a single window, with tabs for each one of the codecs and its different adjustment parameters.

Win8codecs will first uninstall the codecs previously installed, and it will also offer you the possibility to eliminate parts separately depending on your requirements, without uninstalling the program.

If you need a complete free codec pack for Windows 8 that will save you incompatibility problems when it comes to playing multimedia contents, download Windows 8 Codecs for free.

Codec and filter pack to play any video or audio file