Windows Leopard XP OS X is a visual theme for Windows XP that provides it with the aspect of Mac OS X Leopard, one of the most appealing operating systems 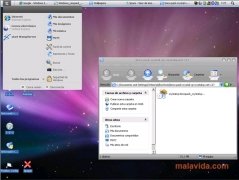 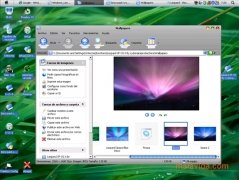 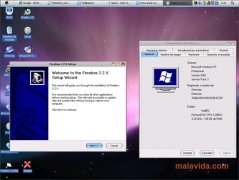 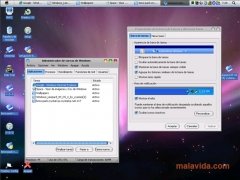 Since Mac OS X appeared on the market, the operating systems by Apple have stood out due to their interface and graphic aspect, which has very simple windows, a very pleasant silver tone and really appealing menus. Now, any user of Windows XP can also have all these improvements by installing Windows Leopard XP OS X on their computer.

It's a visual theme for the Microsoft operating system, the installation of which is very simple and that will allow them to give Windows XP a much more attractive touch, thanks to the new window control buttons, the totally remodeled Start bar or the official Apple desktop wallpaper.

The buttons to turn off the system or change the user session will also be replaced by those of the Mac operating system, providing a rather elegant touch to the operating system. Give your Windows XP installation a touch that will make it much more appealing, thanks to Windows Leopard XP OS X.