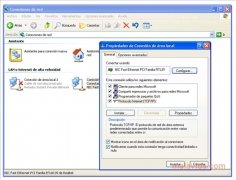 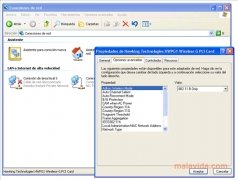 Windows XP Advanced Networking Pack is a pack of complements that appeared after the first Service Pack of Windows XP and that updates the IPv6 (Internet Protocol version 6), in such a way that the connection to the web of webs is much more stable and secure because if includes ICF (Internet Connection Firewall) that can be used to make sure that the incoming connections that aren't secure don't turn out to be a problem at all.

Obviously, it's a development that doesn't have any kind of interface, because the only thing that it accomplishes is to improve the experience when it comes to carrying out any task by means of the network, whether via the Internet, downloading files or communicating with your family or friends.

If you have a PC with Windows XP, one of the most successful operating systems in history, and you want to improve several of the elements that regulate the Internet connection, so that it works much better, download Windows XP Advanced Networking Pack for free as a soon as possible.