Download Windows XP Security Patch KB823980 for free to protect your computer against attacks by the blaster worm, that can seriously affect Windows XP 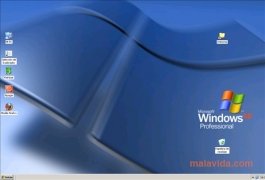 Since they are so popular, the computers with a Windows operating system are a clear objective for any attacker that wants to create a virus. That is why it is rather frequent for viruses that make use of security vulnerabilities to appear. Microsoft tries to solve these vulnerabilities by means of Security Patches. Windows XP Security Patch KB823980 solves a rather important problem that appeared in that operating system.

Blaster (LoveSan or LovSan, as it was also known) was a worm that appeared in the summer of 2003, that took advantage of a Windows XP vulnerability that hadn't been solved, it spread so quickly that in a matter of two days it had infected millions of computers, to such an extent that it was even mentioned in the news worldwide.

Windows XP Security Patch KB 823980 installs the protection that's necessary so that your computer can't be infected by Blaster or any other viruses that use the security vulnerability produced by a buffer overflow in the DCOM RPC, that left a backdoor open that could be used by any kind of malware.