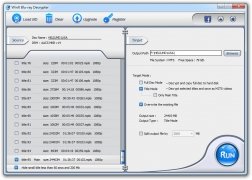 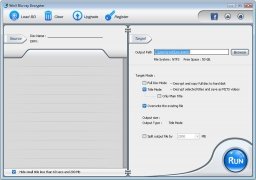 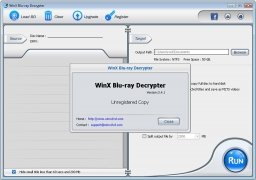 Despite the fact that films and videos are still distributed in DVD, it isn't less true that each day it is more common to use Blu-ray optical discs, because they allow the films to be distributed in High Definition (HD). But as it happens with all optical discs, it's necessary to create backups if you want to avoid problems in the future, and to do so you can use WinX Blu-ray Decrypter.

The main idea behind WinX Blu-ray Decrypter is to offer the possibility to create backups to avoid losing data due to the damage suffered by a disc or due to it degradation over time.

A video player with full guarantees

The king of multimedia suites