WMV Converter is a simple tool to convert videos to the Windows Media Video format. Download WMV Converter and try out the effectiveness of this program 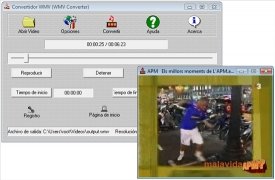 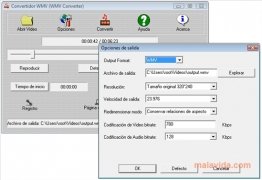 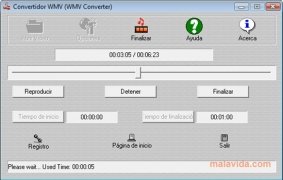 One of the most popular video formats that exist is the one proposed by Microsoft, Windows Media Video, that appeared with the operating system by the company from Redmond and years after it is a complete standard that is compatible with thousands of devices. That is why it is so important to have a good converter like WMV Converter.

Convert your videos to the WMV format

Thanks to this program it won't be complicated to convert videos in AVI, MPEG, ASF, MPG, DAT, M1V, MPE format to WMV format. But not only these formats, but WMV Converter is also capable of detecting the codecs that are installed on the system and allows you to select them in the converter. Some of the codecs that it supports without problems are DivX, Xvid, MKV, OGM, SVCD, and DV.

WMV Converter's interface is somewhat rough, but its functioning is impeccable. As soon as we open the program we will be able to select the files that we want to convert (only one at a time) and start its playback or its conversion.

WMV Converter is also capable of dimensioning the videos even managing to make them be HD1080, it will also be possible to convert a video in fragments or to change the framerate/bitrate.