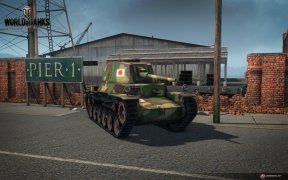 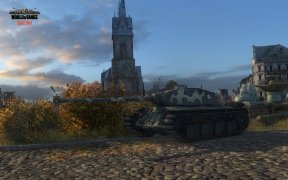 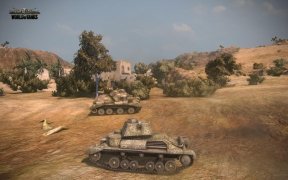 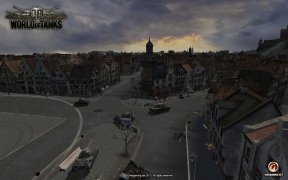 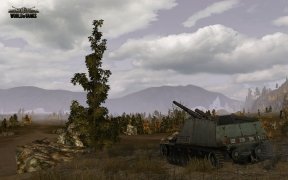 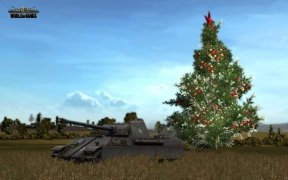 Broadband Internet connections have increased the possibilities of online multiplayer games, improving the quality of the latter both in terms of graphics and their capacity to support massive combats between hundreds of players at the same time. This advance has affected sports games, mainly football titles, car racing games, and warfare games that become much more entertaining when your enemies think like humans and not like machines, regardless of all the AI that may be behind them.

Making the most of this circumstance, we can play a game of the likes of World of Tanks, a tank driving simulator that offers us different online massive combats between gamers from all over the world, making use of armored vehicles from different eras in history.

We've already seen plenty of tank games on mobile devices of the likes of Android and iPhone, but we have to admit that these games are much more enjoyable on a computer as proven by this game (which comes along with a version for Windows PC and Mac). We have to bear in mind that this game has over 110 million players all over the world, allowing any user to join online massive battles with more than 400 tanks available.

The vehicles and scenarios have been recreated to the slightest detail.

These vehicles have been designed with historical accuracy and we can find them sorted into different categories:

It incorporates excellent graphics and different game modes that allow us to play matches solo or collaboratively, being part of a clan:

In turn, the game takes place on settings subject to the geographical or weather conditions inherent to the summer, winter or the desert. We'll also be able to play on dozens of maps that recreate real places: Karelia, Siegfried Line, Live Oaks, Murovanka, Monte Cassino, Dnieper...

This franchise has become so popular, with millions of players from all over the world, that its developers have released versions for Xbox and PS4, as well as mobile versions for Android and iOS called World of Tanks Blitz.

All in all, if you're into warfare games with historical facts and places, and you also like esports, you have to download one of the best tank games for Windows. Just make sure you might the hardware requirements and start battling it out.

Antony Peel
Wargaming.net
Over a year ago
More than a year ago
6.4 MB

World of Tanks Blitz Android 8.3.0.635
Other languages
We use our own and third-party cookies for advertising, session, analytic, and social network purposes. Any action other than blocking them or the express request of the service associated to the cookie in question, involves providing your consent to their use. Check our Privacy Policy.