XP Codec Pack is a collection of free codecs for your PC. Download XP Codec Pack for free and play audio and video files in any format without any problem 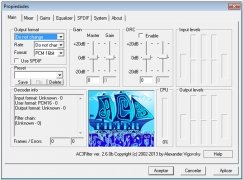 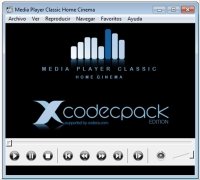 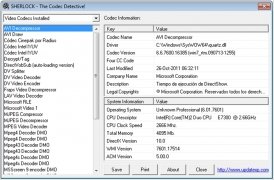 When they buy a new computer, many users find themselves with the surprise that the player with which they have always opened their video and audio files can't play something, or it doesn't play the video properly. This is due to the fact that the system lacks certain codecs. The solution is called XP Codec Pack, also known as X Codec Pack.

Play video and audio files on your PC.

A codec is a small application that allows the player to open all kinds of files. To be able to install all the most popular codecs in the same process the best thing is to use a program like XP Codec Pack.

Compatible with all Windows versions

Don't let yourself be misled by its name, this complete codec pack works on any version of Windows. The following packages are included among others:

But XP Codec Pack doesn't include only codecs, it also installs on the system several utilities to know the properties of the multimedia files, configure the codecs or the Windows Media Player Classic player, that has a rather obsolete interface, but offers great stability and performance.

All in all, XP Codec Pack is an application that as well as allowing you to view almost any multimedia file, it will help you to open them, and it will even allow the appropriate programs to convert between formats in an easy and reliable manner.

Antony Peel
XP Codec Pack
Over a year ago
More than a year ago
26.5 MB

Codec and filter pack to play any video or audio file